A few days ago I picked up a leaflet regarding The Remembering Tree 2014.
We saw it last year and it was beautiful.
This year they want 1500 squares - half made in Africa and half made in the UK.
I got straight onto it - Afghan squares made up to 8".
8 made up so far but there's still time to get a few more done.
The tree will be yarn bombed in Stratford upon Avon on 01 December and we plan to be there! 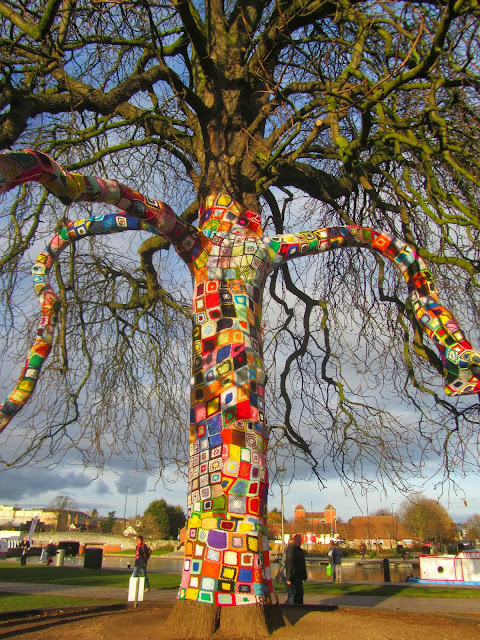 The tree on Waterside in Stratford 2013 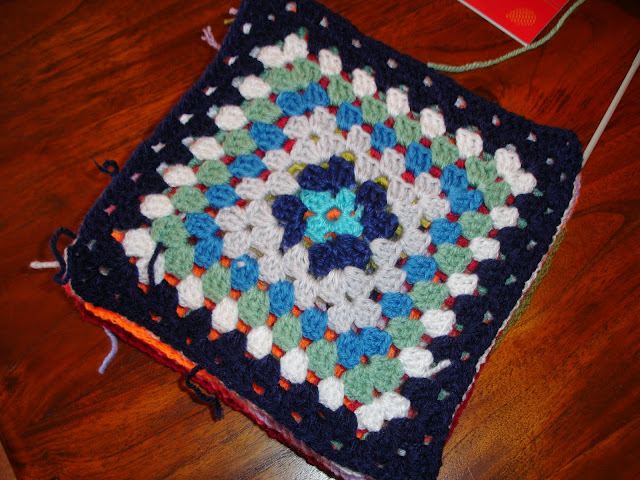 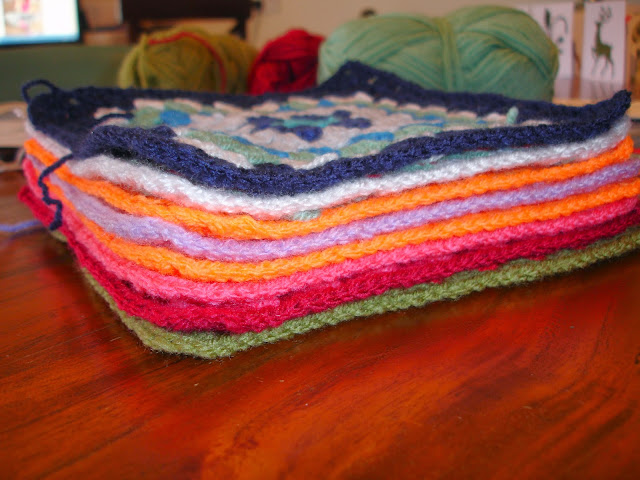 Then some little squares materialised. 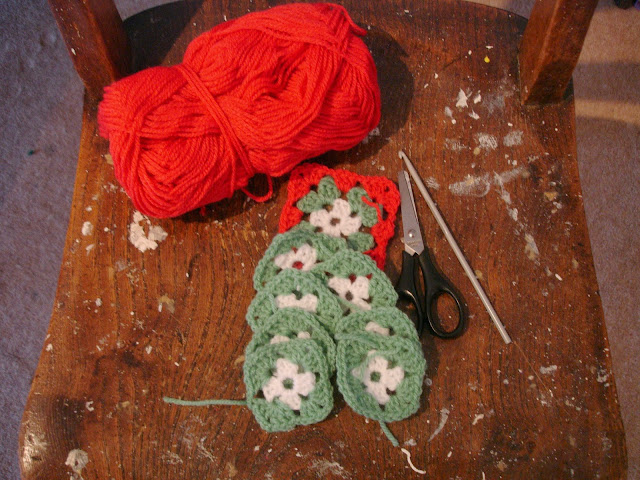 They were to initially earmarked for an Afghan Square Christmas Stocking but that plan got re-prioritised to a bunny's jacket! 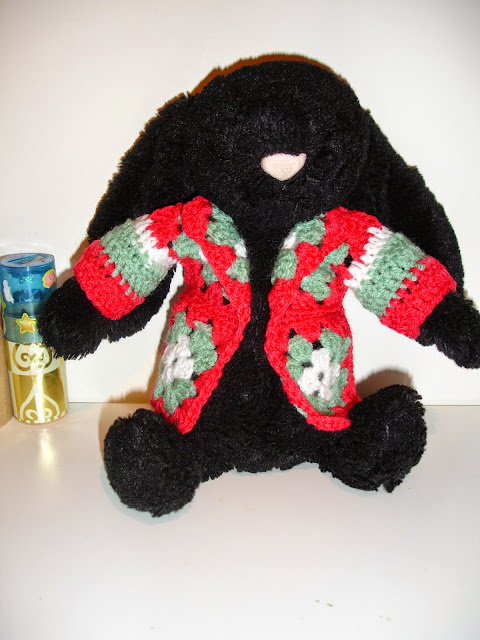 All ready to be sent off overseas. 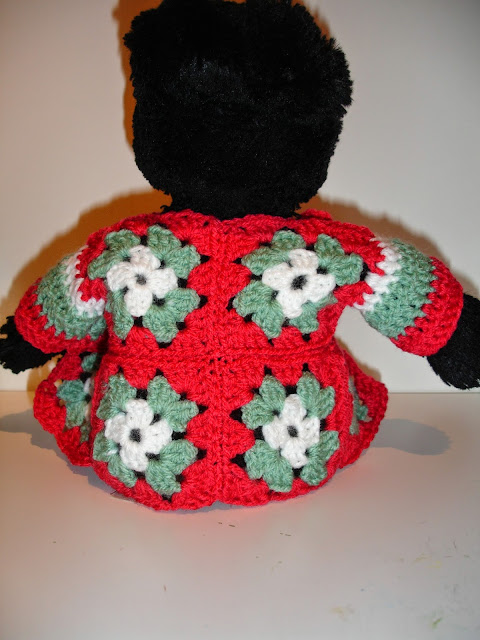 I picked up this book at the local library at the weekend and say and looked through it last night.
Oh my, the creations are adorable!
I left the book on the dining table overnight and my early morning riser daughter had seen it, looked through it and marked all the ones she would like made before I even surfaced.
She was kind enough to write me a list - 3 in fact.  Additions, deletions and top priorities came into play :)
Not wanting to be left out here sister, a later riser, also took great pleasure in compiling lists for me.
The little animals are variously to be toys or pets for my daughters' toys!
The list specifies who each crocheted animal is for and they have even been named.
Here's hoping that I actually enjoy making these little animals otherwise there will be two disappointed girls and many more disappointed toys! 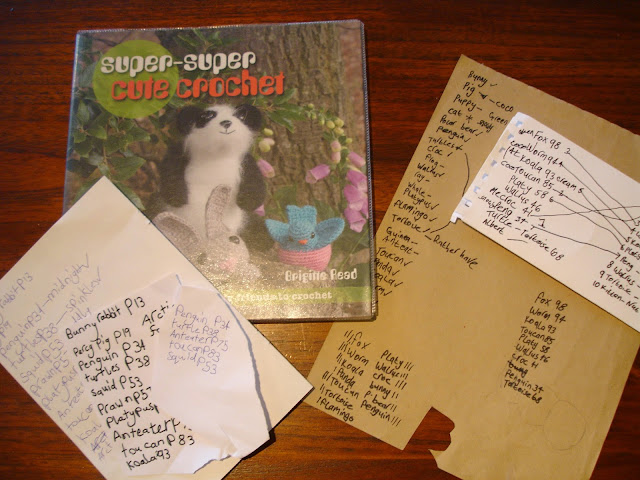 And then finally something ready to be sent.
Of course, it is a crocheted something inside and it needed a little crocheted bow.
All ready for a long trip to New Zealand. 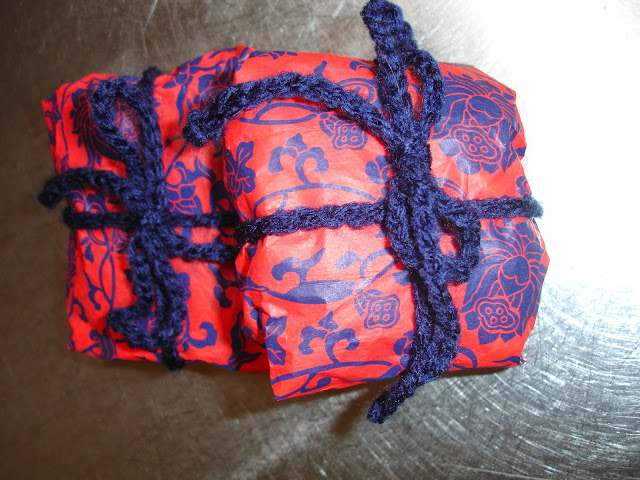