The start of a new quilt

It's always so exciting starting a new project.  I have wanted to make a rainbow quilt for quite a while now so took the plunge and started cutting.  I bought a Sissix die cutter last year and I love it.  It certainly made cutting out the rectangles far quicker than rotary cutting and because I folded the fabric I was able to cut 6 or 7 at a time so I have a nice pile of ready cut fabric for when I want to make another project.
I had already cut some red rectangles at the start of the year so up first was the yellow fabric: 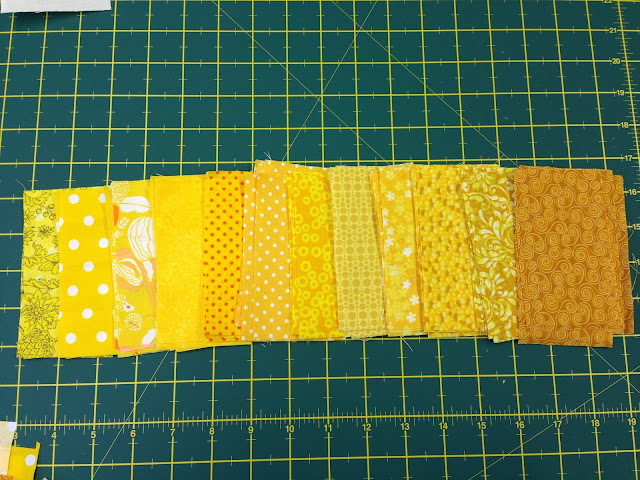 Such pretty scraps - I can't bear to throw them away so they have been put aside for a rainy day! 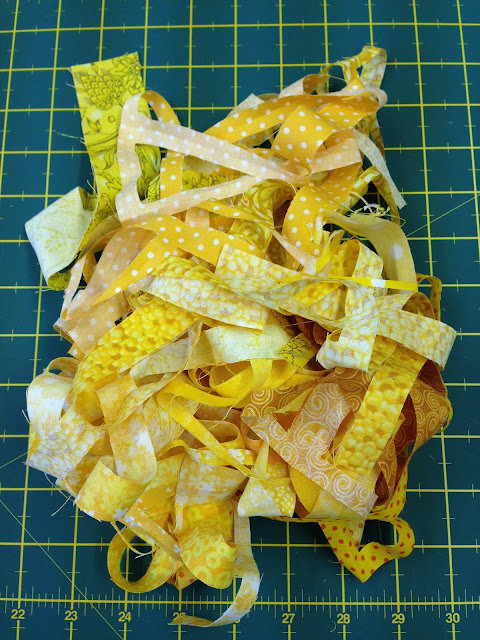 For the first time ever I bought some fat 1/4s at the Festival of Quilts - it was wonderful to be cutting them straight away instead of stashing them on my shelves. 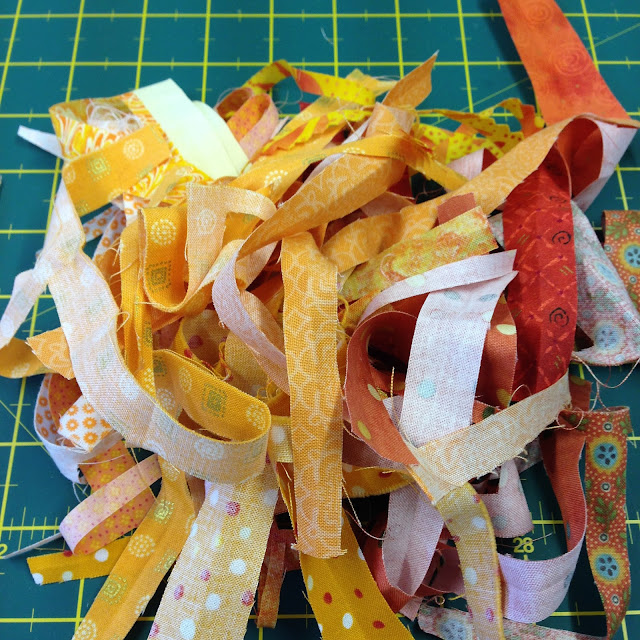 The oranges were next. 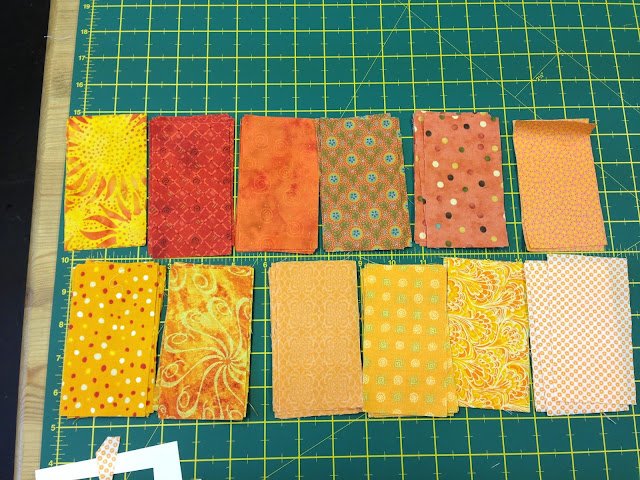 I finally got round to making up a design board.  This one is very temporary but what a difference it made.  Immediately upon putting the fabric on the board I could see that some fabrics just were not going to work whilst on the cutting mat they seemed to all tone together nicely.  As you can I am short of one yellow fabric, which I think I have now rectified, and I am not entirely happy with the green column either ..... 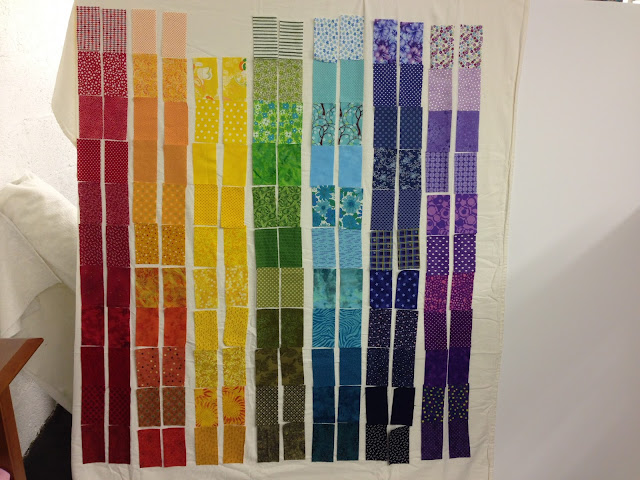 The general detritus that accumulates on a cutting table .... 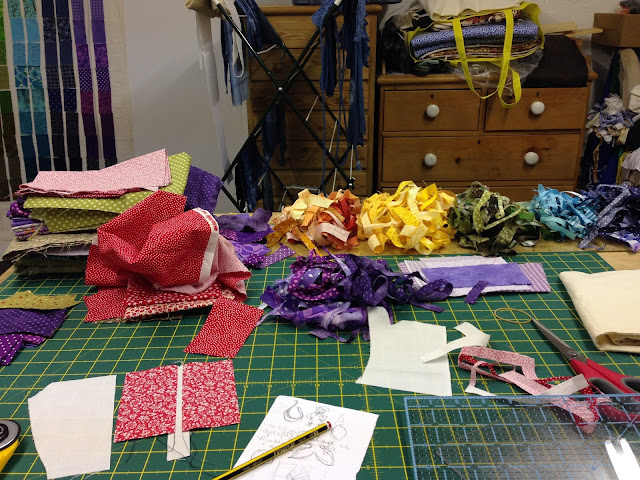 A rainbow of scraps! 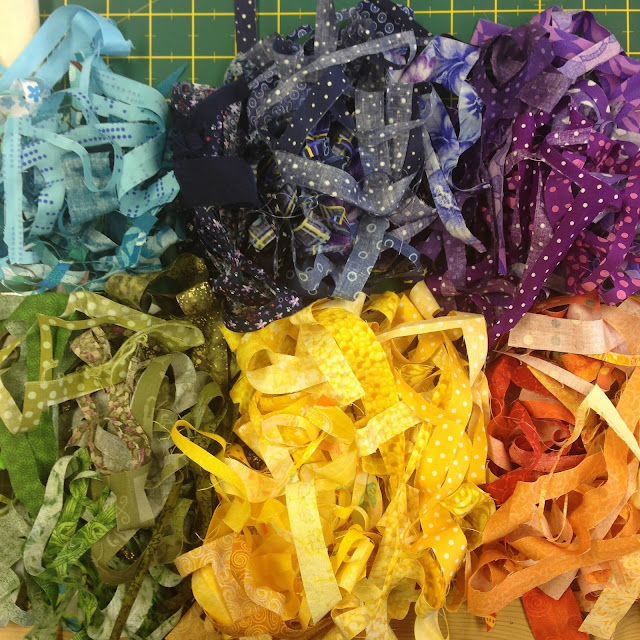 I started sewing the pieces together and really like the way it's coming together.  There is going to be a very small white line between the two columns of the same colour with a wider sashing between the separate colours and I've then a couple of other ideas to play with. 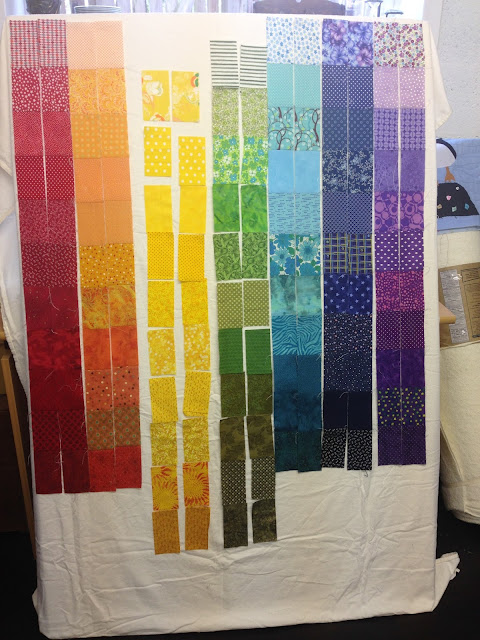 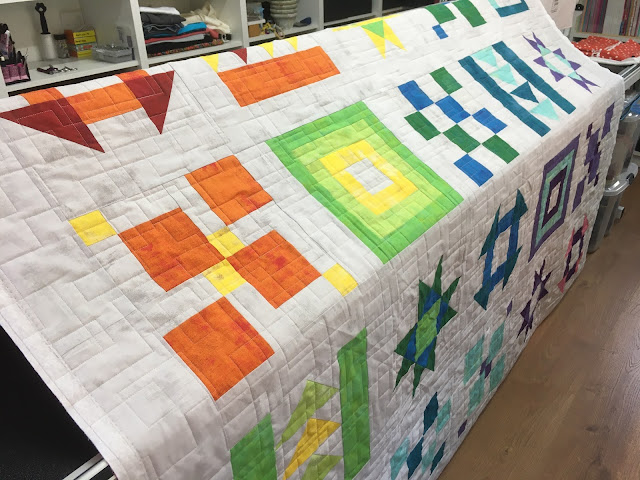