Why oh why has it taken me so long to join in with a quilting bee again?!!

I enjoyed them when I lived in New Zealand where I participated in a couple of them (click here to see some of the blocks I made) so at the end of last year I was signing up left, right and centre to join some more.  I am now officially a member of the Stash Bee, The Bee Hive and the Neighbourhood Block Swap on IG.  love them .......

The block you are asked to make may be:

1.  one you have seen before but never considered making

2.  one you have never seen before

3.  may be one you have made before but have forgotten about so it acts as a timely reminder

4.  one you don't even like .... but even these challenge you and you only have to make one or two after all!!
All my bee commitments for January are now completed, which is very satisfying.  Audrey, over at Hot Pink Quilts, was first up in Hive 5 of the Stash Bee and she requested the Five Crosses block in blues and greens .... and that's what she got! 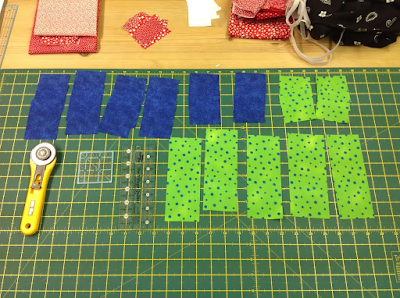 This block was a dream to cut out, all 2.5" pieces and came together so nicely and quickly. 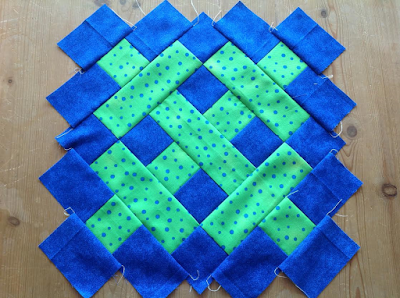 Katrina was Queen Bee in The Bee Hive for January and she asked for the Bunting block in red and white. 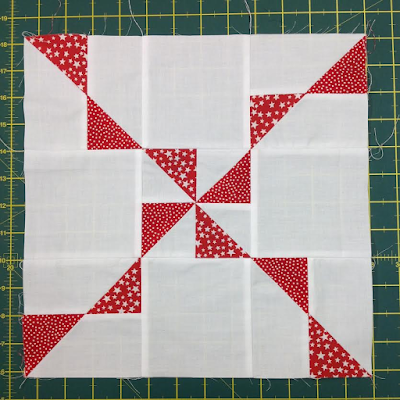 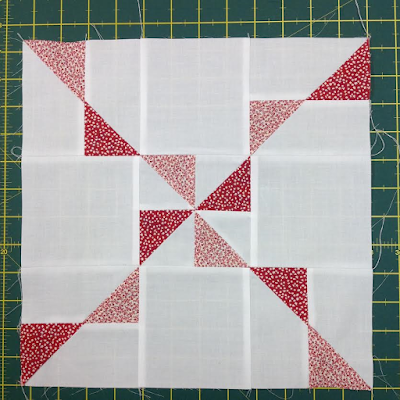 I really enjoyed making these blocks and decided that for each Bee block I make I would make an extra block for me.  That way at the end of the year I will have enough blocks to put together easily into a quilt.  It should be a lovely reminder of the year and the fun I had taking part in the Bees.  So my two blocks for January are: 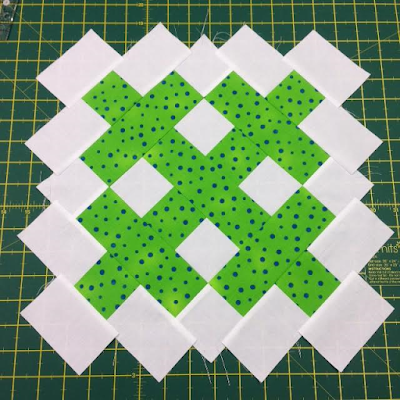 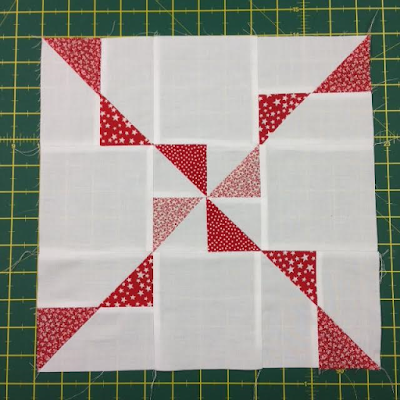 For the Neighbourhood Block Swap Jessica asked for houses that were similar in style to the buildings in Welcome to the North Pole.  Well that was great because I have the book and I had the dark fabric she requested for the night sky. 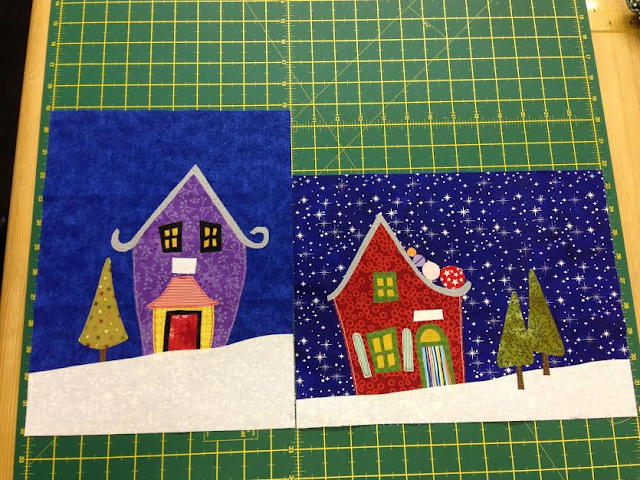