I should have spent Saturday sewing with the ladies of the Oxfordshire Modern Quilt Guild but this bug I have is not shifting and so I had to cancel.  I was able to nip into the studio for some of Saturday and work on a new quilt based on my Churned to a T block.  Having drawn up this design in EQ7 I was able to have a good play with layout and colours, more details in this post if you are interested, and settled on a design. 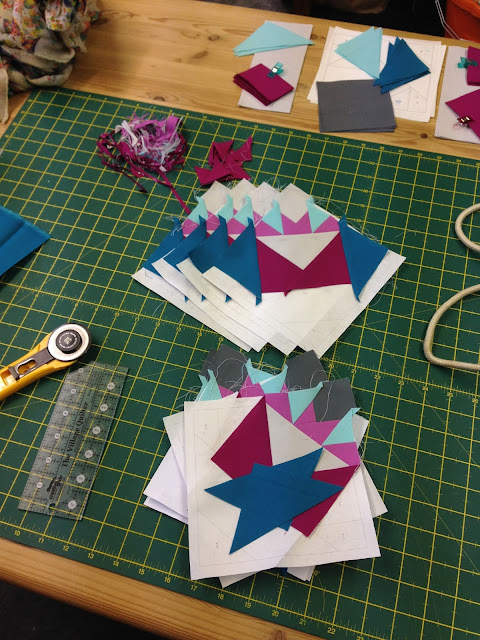 This was the first time I cut all the pieces out before starting to sew .... I did not get it 100% correct and had to cut a few more pieces along the way but it certainly made the piecing go much faster.  I love seeing the difference once the block is trimmed .... 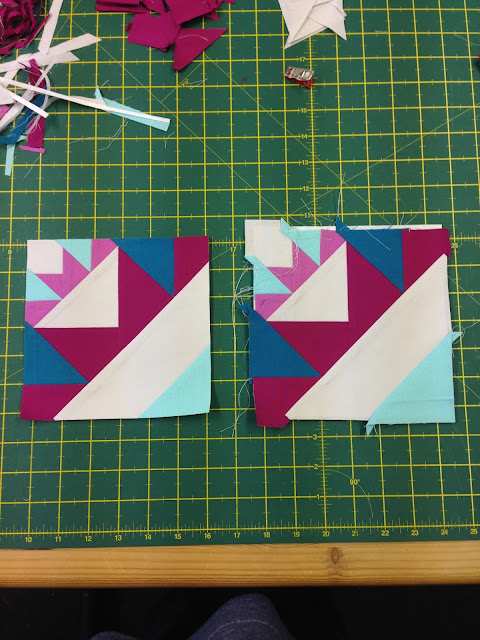 The fabrics used are all Kona Cotton and the colours are silver, cerise, gumdrop, cyan, Bahama blue and graphite (not in this picture). 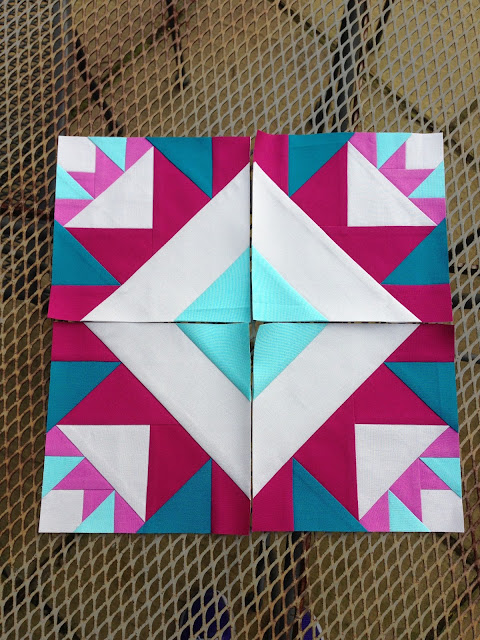 There were three colour variations on the same block resulting in 16 blocks with a measurement of 24". 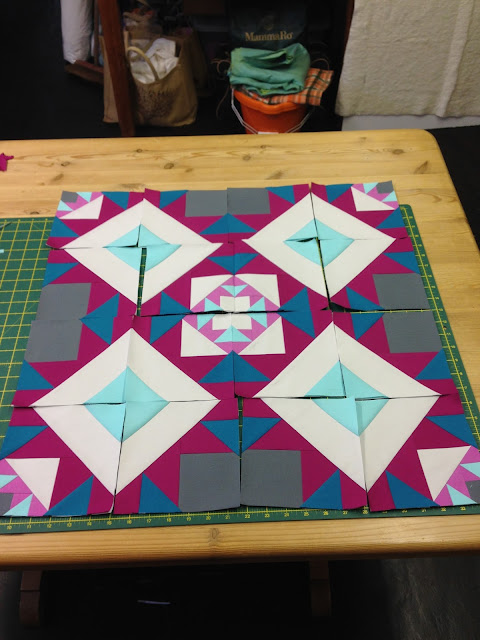 I am finding it really difficult to get a true representation on the colours in any of my photos - but in real life I love them!!  I hadn't physically seen gumdrop before and I am so pleased with the colour.  I was wanting the change between the light and dark pinks to be the same as between the blues (which I already had) and I am really happy with what I achieved. 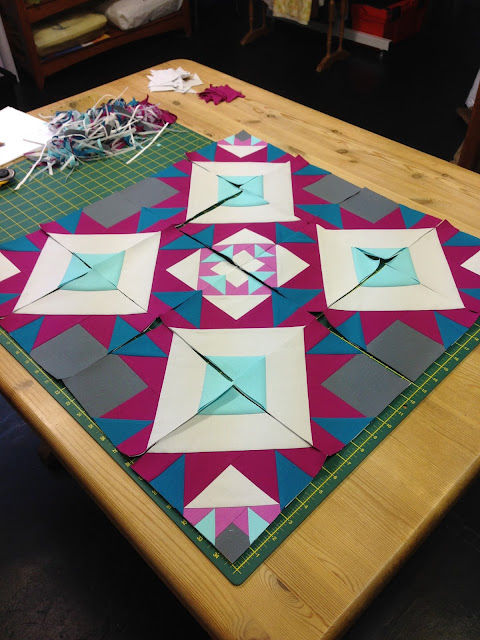 I have to say that I really don't enjoy joining the blocks when they still have their papers in however, when I have taken them out in the past I can not get the seams to match up as well as I would like.  I only ever pin if absolutely necessary so for me this was a nightmare!  Not to mention that I sewed this entire line but my bobbin thread had run out after the first three inches! 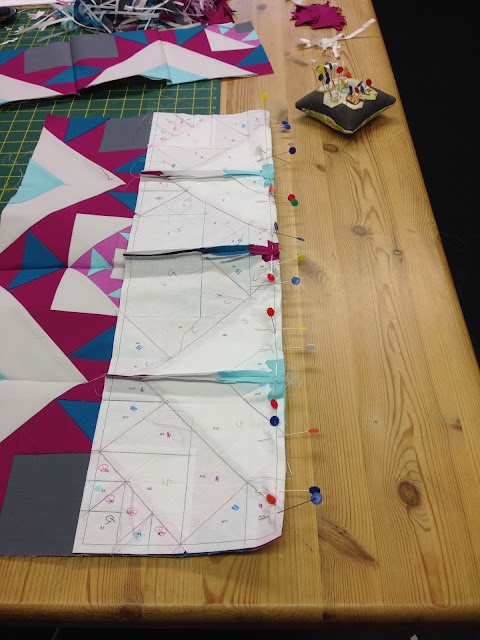 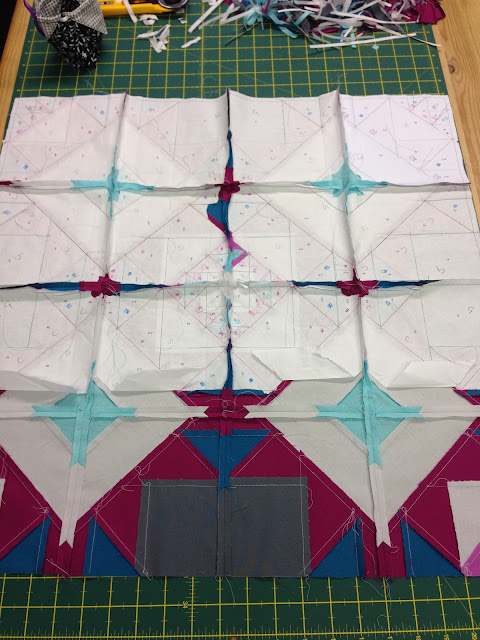 and then I moved upstairs to the lounge.  I have never removed the papers whilst watching TV before and I have to say it made the whole process a lot more bearable! 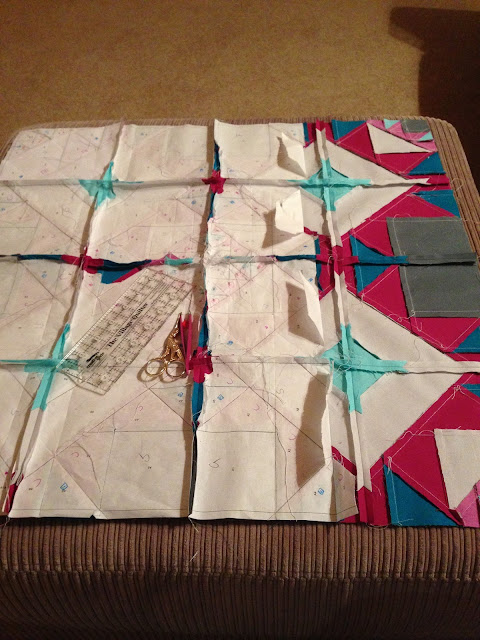 I had to see what it looked like so I ironed it just before I went to bed .... 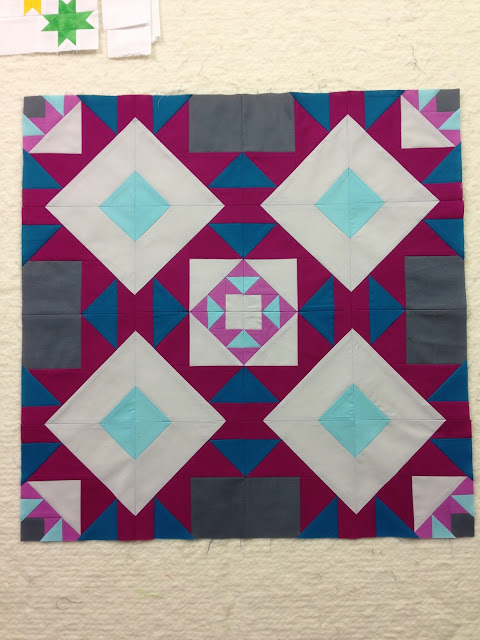 Today was spent on an entirely different project.  In my bid to be more organised (as per my word of the year ORGANISATION) I am not leaving the girls' World Book Day costumes to the last minute.  Being at school for this day will be really good fun for them and even the secondary school children still dress up.  My eldest decided to go as the Mad March Hare from Alice in Wonderland and so of course needed hare ears!  I had thought I would make them from felt but my daughter found some faux fur in the studio - I have no idea where that came from.  This was my first time using faux fur so I wasn't really sure whether it would work or not. 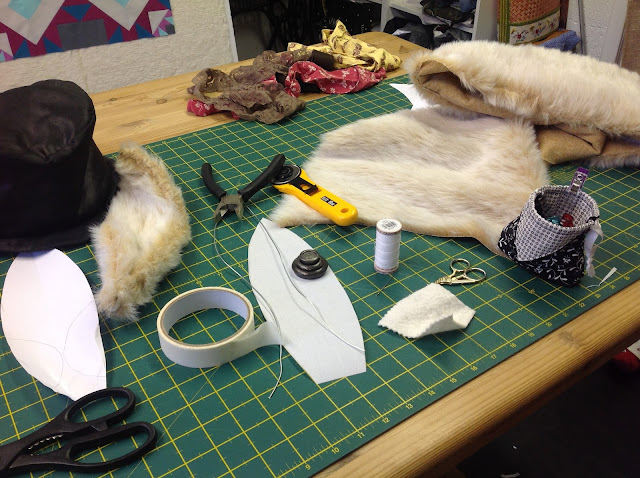 I made a template and cut out the shape from pelmet vilene and then sewed some wire around the edges in the hope that the ears could be shaped .... 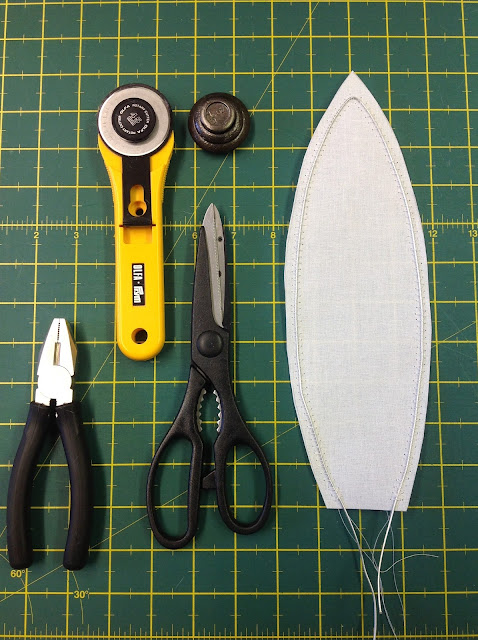 Then came the fur part - uuurggghhhhh!  It got everywhere ..... I found it best to cut out with a rotary cutter (totally ruined the blade but it was worth it) and then I hoovered them so loose fibre wasn't getting everywhere whilst I worked on them. 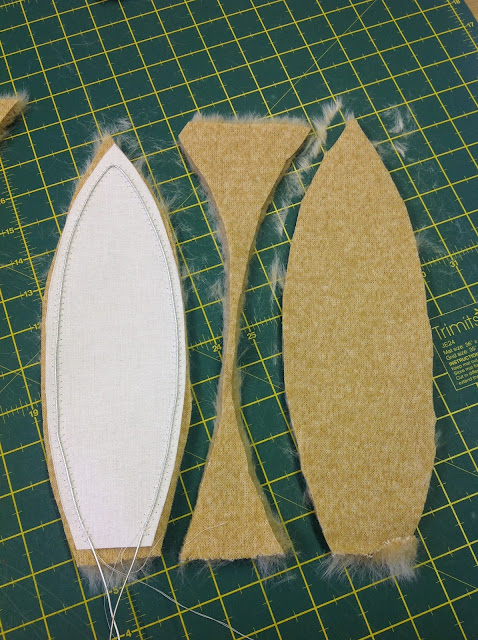 I joined the first side with a whip stitch but the second side was done with another stitch, similar to ladder stitch but I am not sure of the name, and it gave a much better finish with the fur in the seam.  I was thrilled with how it hard turned out and, most importantly, so was my daughter.  I felt like an old pro when it came to making the second .... 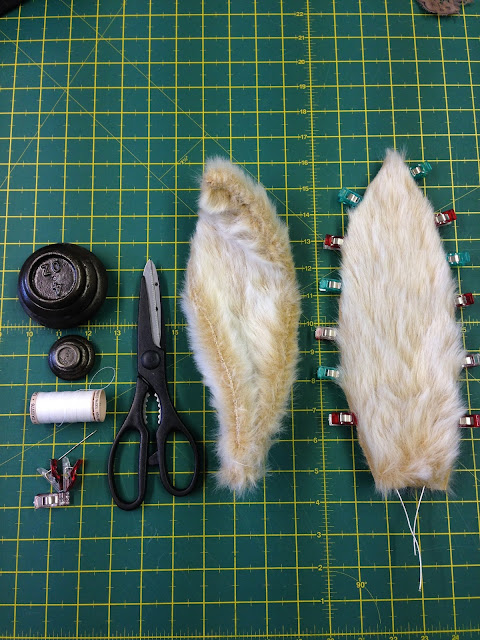 And the result .... attached to an old magician's hat my Mum made for her years ago they will fit the bill. 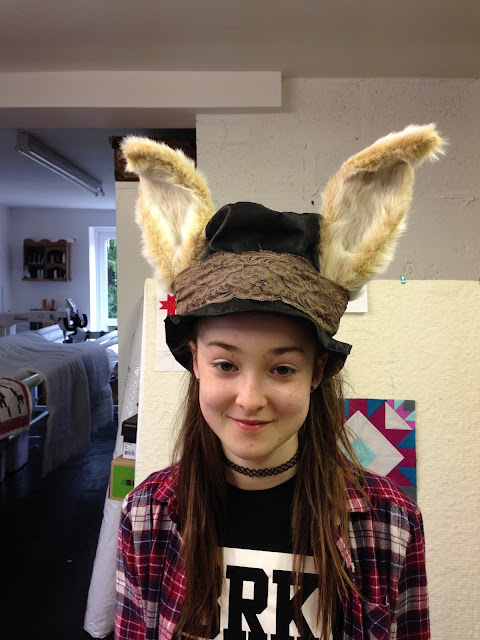 Will she actually wear the hat on the bus to school?  I'm not sure but I love that she still wants to dress up and spending some time in the sutdio with her today was really precious!
at February 19, 2017