Work in progress (or lack thereof) ...

I haven't been in my studio since Friday ..... having had 5 whole days in there last week it's like I am having withdrawal symptoms over here!  So not so much going on here for this week's Let's Bee Social ......
I did receive a rather lovely email from Adrianne over at On the Windy Side saying that I had won a $30 voucher for Mad About Patchwork for a FAL 2015 Q4 finish - hooray!!  Even before the actual code came from Pam I was on the site deciding what I would like.
March's theme for Project Linus is also out - Disappearing 9 Patch blocks.  All the details can be found on yesterday's post.
Don't forget I have a giveaway running at the moment and there's still time to enter - two prize options up for grabs.  You'll find the giveaway and entry requirements at the end of this post from Friday.
This morning I took the plunge and entered some categories for Quilts UK, Malvern in May.  The closing date is 04 March 2016 so you still have a couple of days to enter if you like.  The piece doesn't have to be finished yet, in fact one of mine is not even started yet ...... yes, I did say one of mine.  I really bit the bullet and have entered into 4 categories!!!  There's nothing like a deadline to ensure that projects are finished in time. 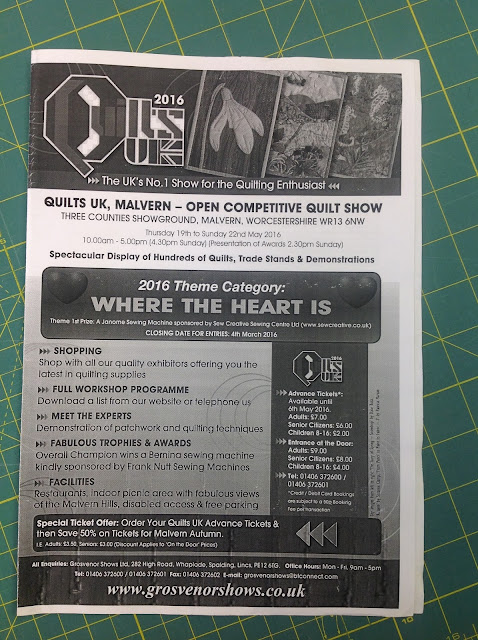 Well, I didn't think I could have a post without a picture so I quickly popped into the studio and sewed the white borders onto some fussy cut squares for my polaroid blocks. 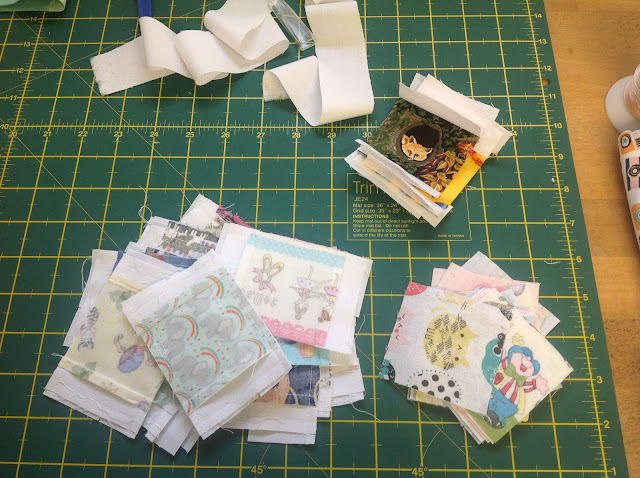 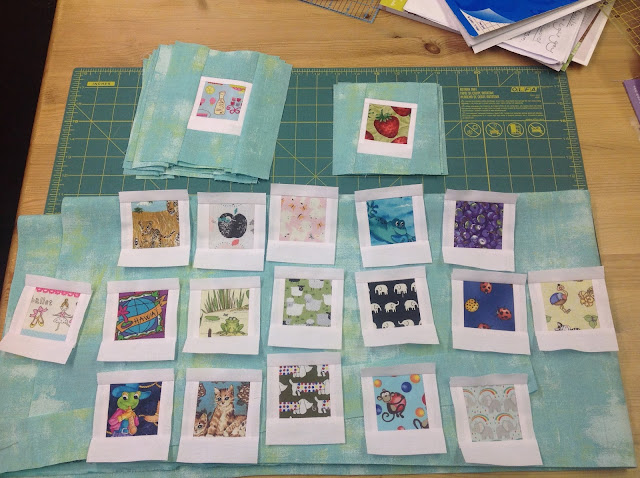 3 blocks wonky trimmed, 9 blocks with all borders added, 17 with just white borders and 17 squares cut out.  I think I need 60 finished blocks so there's still some way to go with this. Hopefully there'll be lots more to show you over the coming weeks. x