In my last post I mentioned that I hadn’t sewn for almost 3 months. That was broken last Saturday when I attended the Oxfordshire Modern Quilt Guild monthly sewing day. I have been a member since the inaugural meeting but have been a somewhat absent figure these past twelve months. Oh my, what a difference a day of sewing makes ...... 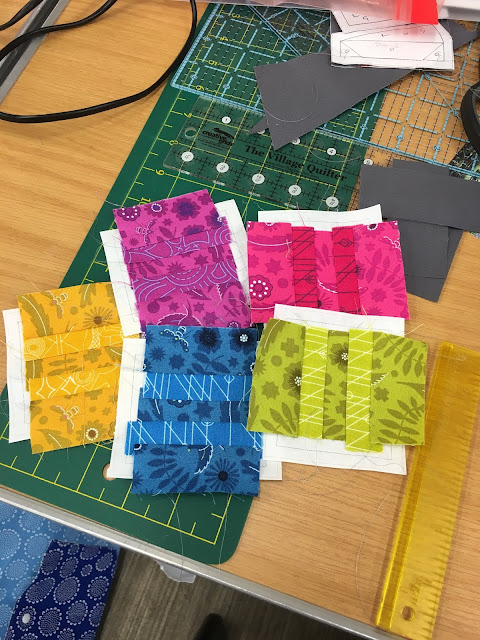 In fact my husband did point out when I got home that I was happier than I had been for quite some time!!! No shame in admitting that - I know you can relate. It was a wonderful day filled with sewing of course, but also so much more. The chats - about quilting but just as regularly about families and life in general, the laughter - so much of that and, to top it all, the feeling of creating. 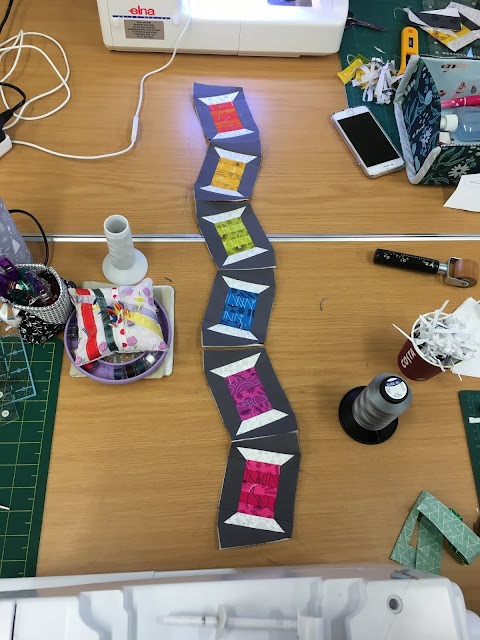 Having always preferred the company of boys when I was growing up, it was a revelation when pregnant to seek the company, support and friendship from women. That’s how it felt again on Saturday.  A far cry from ante natal and post natal groups but the coming of the teenage years has been the hardest transition in or family and so to chat, to laugh and to remember that "it is just a phase” was just what I needed!! 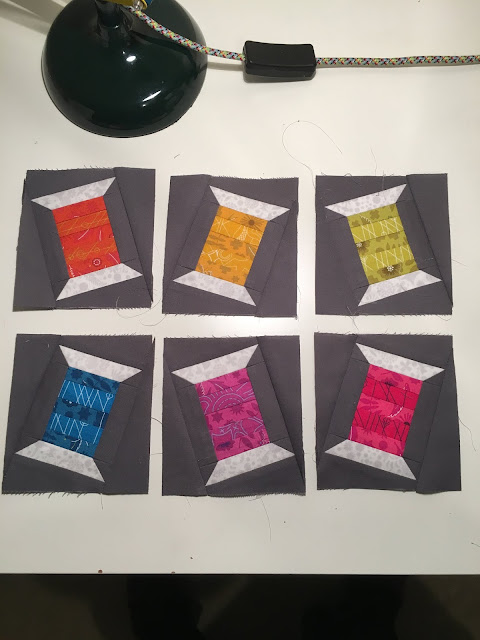 The next few months dates are in my diary IN PEN and, bar serious illness or injury, I will be there sewing up a storm and reinforcing those face to face connections which are so valuable.  Do you sew in a group?  I would love to hear what you like most about it. 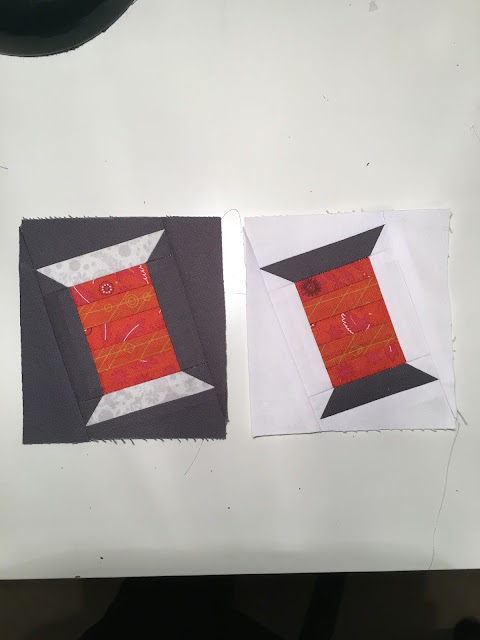 My sewing project for the day was Tumbling Spools.  I have to say I am really smitten with this little block and as soon as I got home I cut out another set of spools but with a white background.  I haven't got back to them since then but I can't wait to get both sets sewn up and quilted. I hae never made two version of a quilt at the same time but I really couldn't decided between the dark and light background.  I also have a lot of quilting ideas for this and thought that making two would be a great way showcase different quilting styles on the same quilt.

Pattern by Jo at The Crafty Nomad

The #tumblingspoolsqal is coming into its second week but you could easily catch up if you want to join in.