Wow I have managed to post again with some news, just as I planned, which, for me, is a big achievement!

So what's news this week? Well this is a little late in coming but is no less exciting for me, or other longarm owners who have a computerised system.  Back in January Handi Quilter launched Pro-Stitcher Designer which I have to say really does make me excited and I am not someone who even really like computers!! 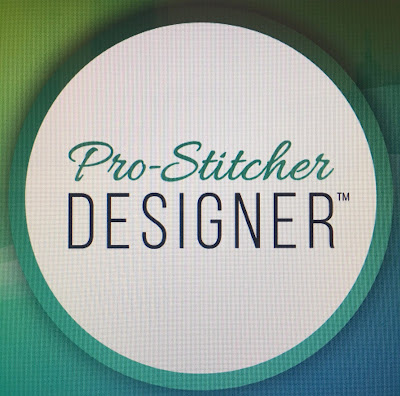 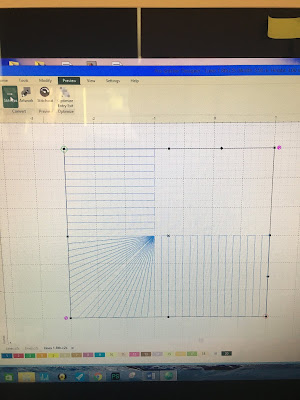 I found the package to be very user friendly and intuitive and not more than 10 minutes later I had a design and a stitch out!!  In my haste to stitch out I just threw a scrap of fabric on top of my other practice piece! 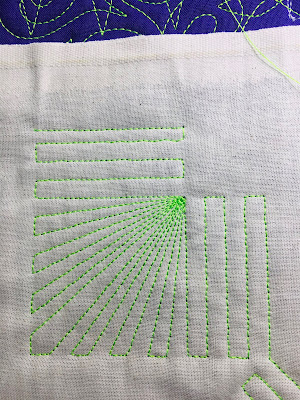 This is a design I could do using rulers but I just love the precision that Pro-Stitcher can achieve and have lots of line quilting running around my head now. 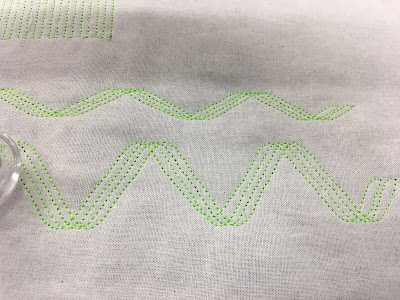 I am going to really enjoy playing with thread build up in some of these patterns.  Handi Quilter recently released a new update to Pro-Stitcher which includes the ability to be able to have Designer installed on the PS tablet and so go between the two packages whilst at your machine - it's going to be so great to use it this way if just a little tweak is required.  Update can be found here - PS Software Update - Beta.

Just to note that this has not yet been released in the UK but when it is it will be available from Pinhole Quilting, date TBC!


Dates have just been released for 2 days of Pro-Stitcher Training, which I am delighted to be teaching, at Pinhole Quilting
in June 2020.
For further details head on over to the listing ....
at February 18, 2020