The puffin has landed!

At the beginning of the year I taught some classes to children from a Home Educator's group - my children included.  The brief was for an appliqued bird.  Miss M chose a puffin and drew the design initially which was transferred to fabric using applique with bond a web. 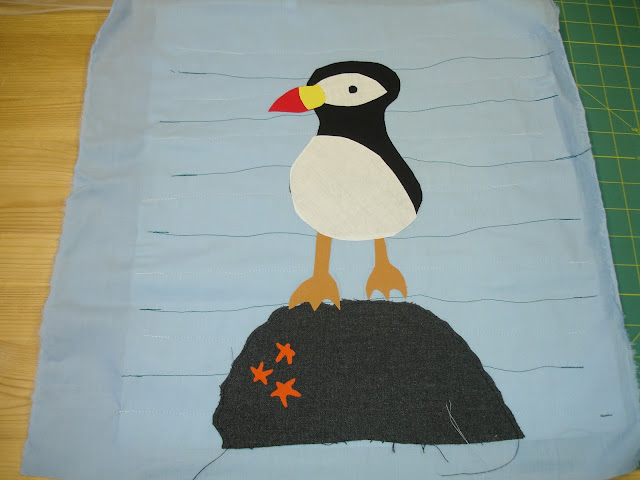 It got to an almost finished stage and then it was left on the shelf.  No amount of encouragement, motivation or support (or nagging!) from me would get her to finish it.  It languished there for 7 months until the annual Flower Show came round.  Miss M was never sure what she was going to turn it into but decided to enter it into the show as a picture in the Something You Have Made category. 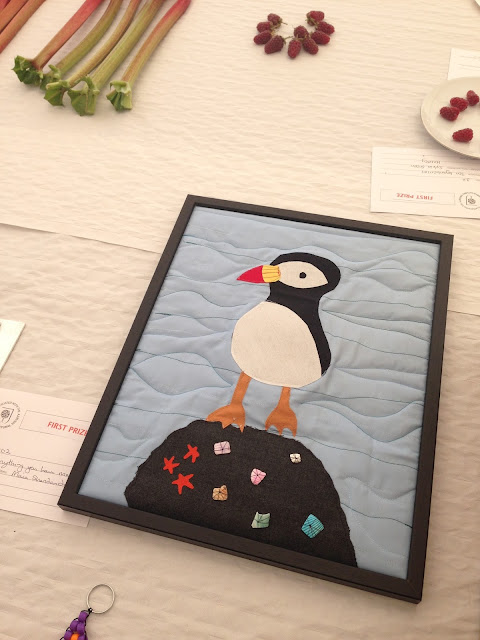 She was delighted to win First Prize in that category!!  But the frame had come off the wall and needed to be put back on the wall with the original picture in.  In the end she decided she would like it as  wall hanging but didn't want to do anything else on it herself.  Cue Mum! 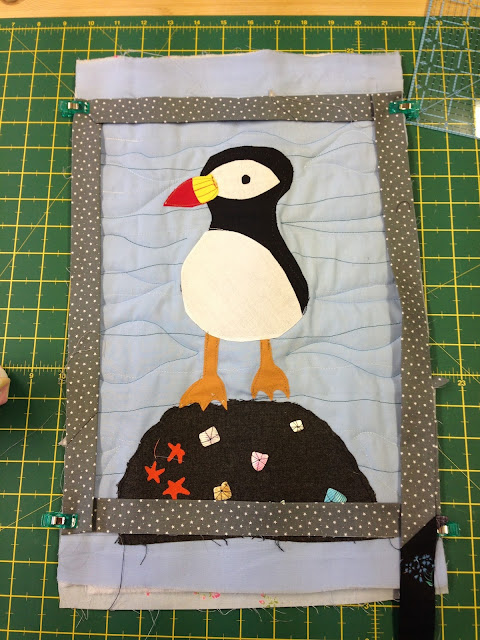 A little bit of binding later and it was all done - finally!!  It is now hanging on her bedroom wall and she is justifiably rather pleased with herself! 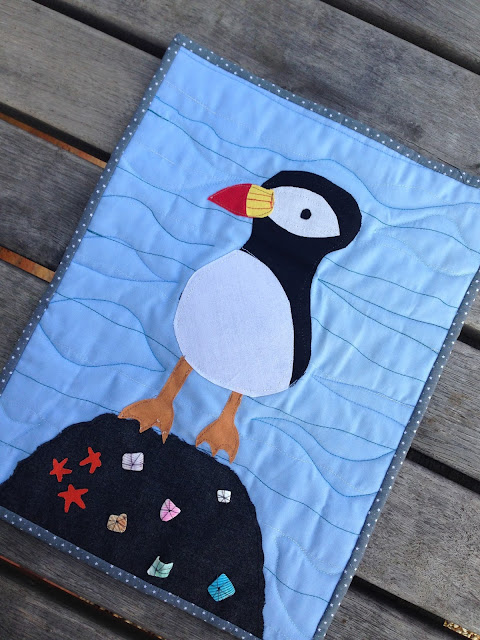 This is another project to be ticked off my rather long list for the Finish Along 2015 Q4 over at On the Windy Side. x