Where has January gone?  It's already the 25th and I am just coming to grips with the New Year!  This January we have had big changes in our family.  After years of home educating our two daughters they both started school at the beginning of term!!

What a change .... for us all.  They have gone into Year 7 and Year 5 and, fingers crossed, things are going really well.  In fact I have been astounded by their attitudes, their ability to get organised and their all round acceptance of school life.  They are both really enjoying it - long may that continue!

For me of course it means I have more time, although truth be told I spent the first two weeks of term in an exhausted, zombie like state.  I finally feel that we are adjusting to our new rhythms. although having to wake by an alarm for the first time in well over 13 years is not something I am enjoying!

I am slowly going through the house and decluttering (6 months of receipts anynone?!) and have been mentally planning over the last few weeks.  I really wanted to join in with Yvonne's Planning Party but realistically I had no idea how school was going to turn out and I restrained myself from overcommitting, although I have been sorely tempted with a couple of things.

So rather late to the party but I still want to state my intentions for the year.  I have never chosen a word for the year before but after lots of pondering it has to be ORGANISATION.  In the hubbub of HE and the resulting 'things' you need for it I don't think I have had a really good clear out since we arrived back in the UK.  So that's 4 years of things to sort through.  It also applies to my studio where I have a lots of ideas to streamline things so that I am not needlessly looking for things or repeating myself with tasks.

To that end, I have joined in an IG challenge #organizedsewingspace2017.  On 16 January my studio was still full of Christmas wrapping paraphenlia, projects half done and had become the general dumping ground over the holiday period.  The first challenge was to clear and organise your sewing area.  My before shot .... 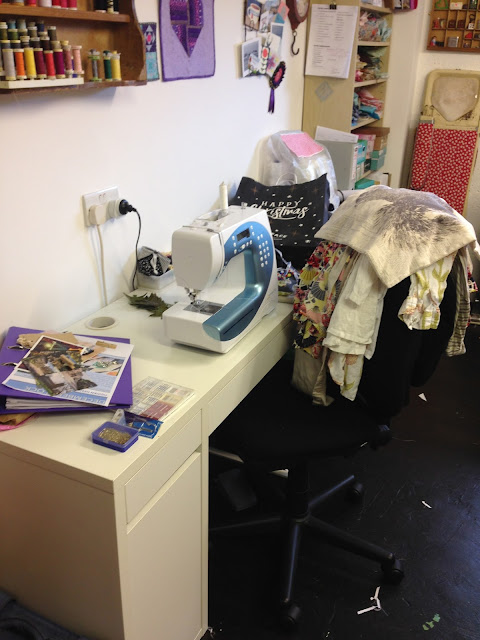 and after .... So much better - I now don't have to worry about the chair toppling backwards every time I move it! 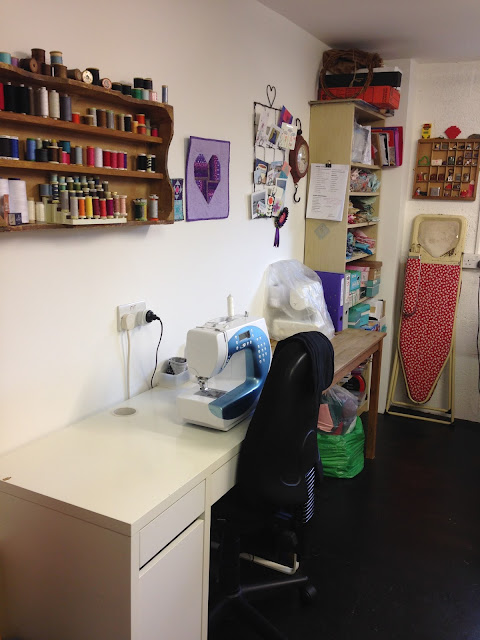 The second challenge was your pressing and cutting area.  After an accident involving an overloaded ironing board a few years ago my 'pressing area' is always kept clear and tidy.  My cutting area on the other hand not so much.  I am lucky enough to have two areas I can cut in and, ashamedly, I could not cut on either .... 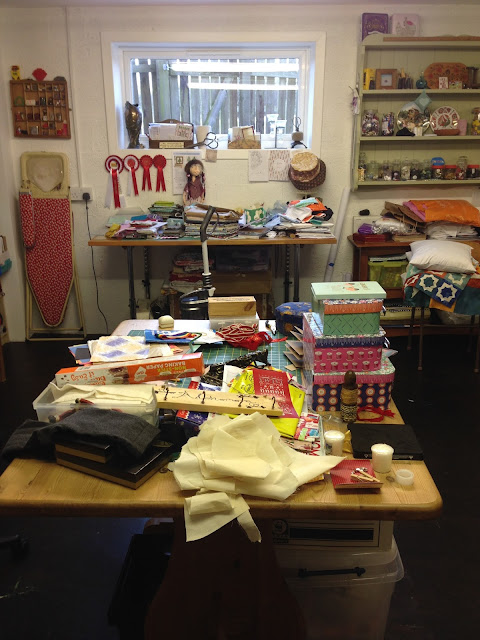 But after is a different story all together!  Whilst the back table still has some piles on it, these are piles that consist of all the correct bits and are projects to be worked in the near future.  The difference in my mind once I had done this was unbelievable.  I have vowed not to let it get in that state again! 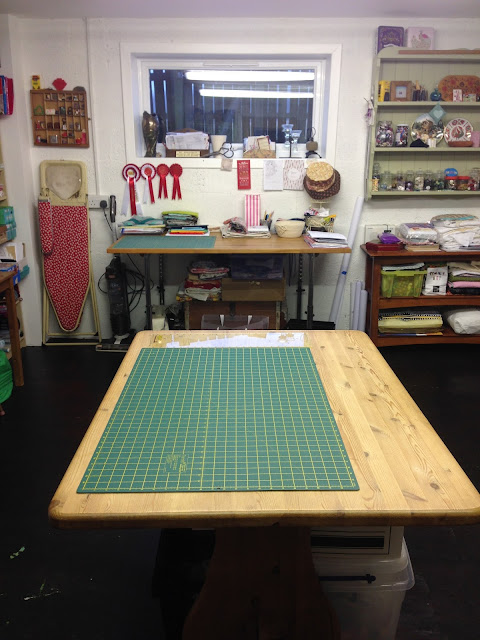 So that's a start!  The other thing I have done was to sort out my projects, WIPs and UFOs and make my Quarter 1 FAL list.  I was delighted to be invited to be one of the global hosts this year but almost missed the deadline of entering my own list .... see I really need that word 'organisation' in my life!  In my organised, tidy studio I can now get on with these projects.  I have already completed 3 and have been working on two more these last couple of days.  More of that later along with other commitments and plans for the year.

Another goal I have set myself is to start blogging regularly again and visiting other people's blogs. I really do miss it when I am away from this wonderful community.  So with that in my mind, I am going to link up to Let's Bee Social over at Sew Fresh Quilts today for the first time this year.  I am looking forward to getting a cuppa later and popping over to visit other people and generally being sociable!  If anyone has any tips on how to get in the blogging groove again I would be most appreciative! x