Today I have a finish for Finish it Up Friday over at Crazy Mom Quilts and my first finish for Quarter 2 from my 2016FAL list.  It seems to have been a long time coming ...... I give you Say "Cheese!" 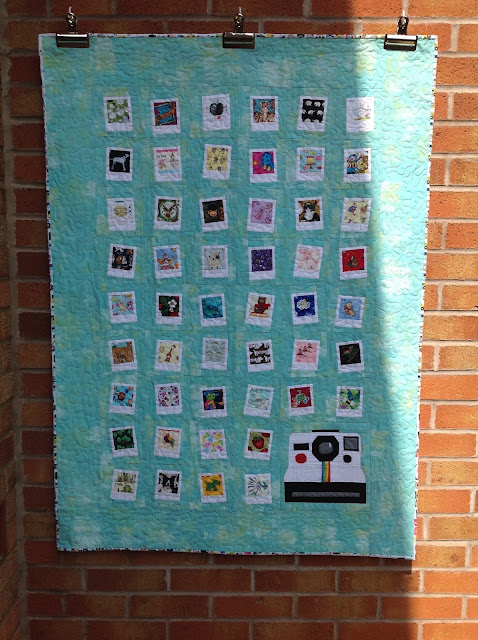 This is a cot quilt and has finished at 36" x 50".  The Polaroid blocks were made by fussy cutting novelty prints, which had mostly been gifted to me as scraps.  They are bordered with Kona White.

The background fabric is Grunge Basic in aqua by Moda.  I had never used Grunge fabric before and I love it.  It's really lovely to work with and I like the different tones in the fabric.  It was really hard to capture a true likeness of the colour in these photos - it is warmer in real life! 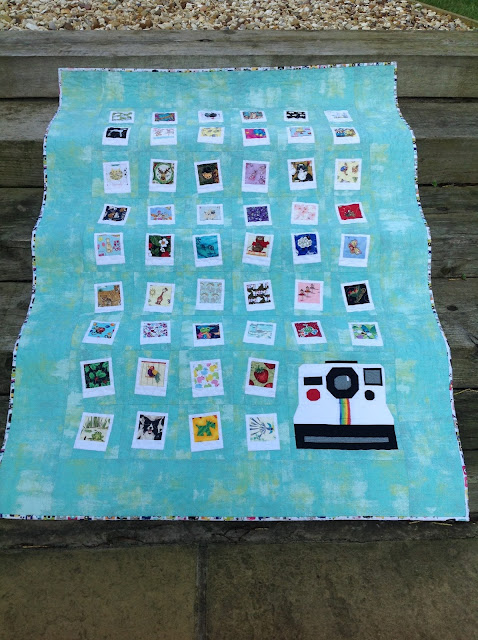 The Polaroid camera was paper pieced using Quiet Play's pattern﻿ - you can read more about that here.   I decided to matchstick quilt the camera leaving certain parts unquilted to bring them forward.  The black on black quilting was really hard to do because I could not see the lines at all - it really was a case of sew and see! 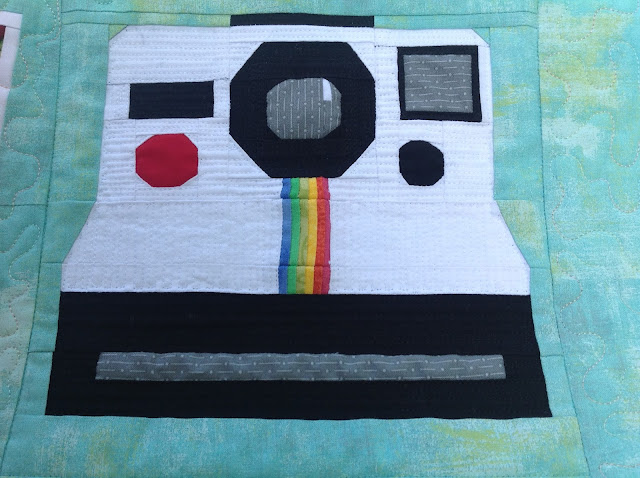 The background fabric and binding is Camera Snapshots by Riley Blake Designs.  This is the first novelty print I have ever bought and I love it!!!  I have to say I am really glad I used such a good quality backing on this quilt because I had a bit of a problem the first time I tried to quilt it and there was a LOT of unpicking to do! 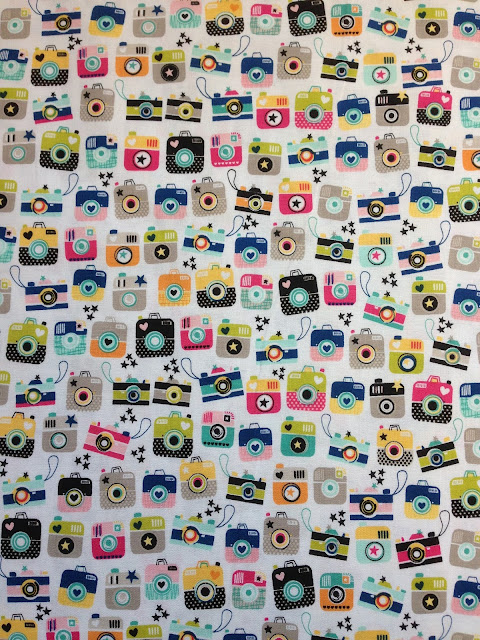 I had a quilting design in my head and loaded the quilt on its side accordingly.  When I tried to quilt it I realised that it would not look any good because I had tilted each picture.  Lots of toing and froing ensued to try to find an alternate design.  I then decided to try a pattern from Angela Walter's book and it was a disaster ...... I had no rhythm and it looked awful.  At that stage I decided I needed to unload the quilt, unpick and start again! 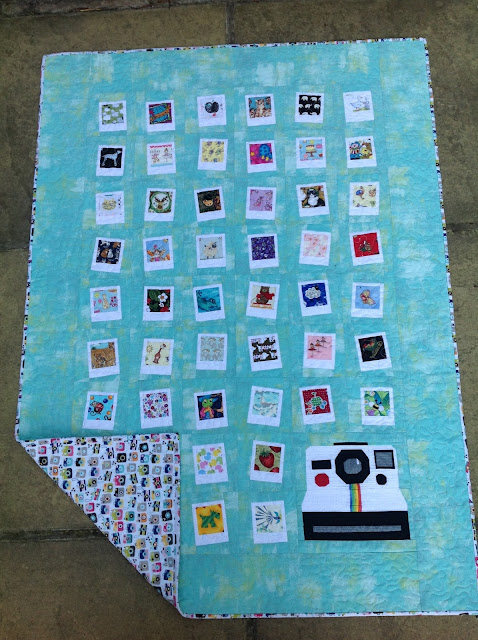 The next morning I started again and decided on a nice easy stipple all over, except the camera.  I think what had put me off in first place was that I did not want to go over the white strip, but once I had I realised it looked fine!  I now remember having the same reservations when it came to quilting my Dog Gone Cute quilt - but my daughter had asked for a stipple design so that is what I did. 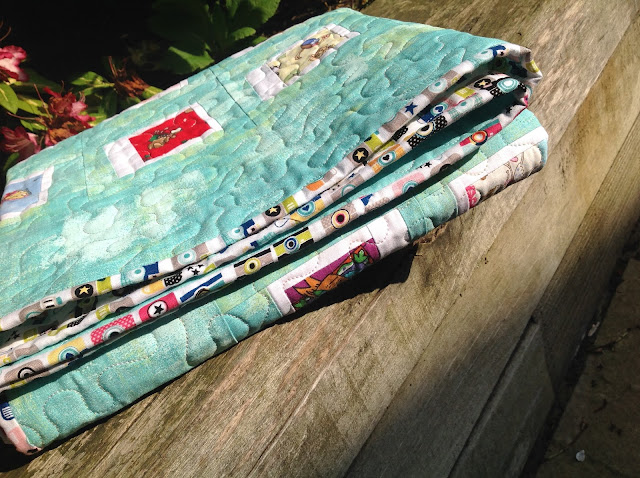 I used Fantastico thread, 5024, Opalescence,  for the stippling.  This was the first time I had used a variegated thread and I did not have any problems.  I used a size #18 needle as stated on the cone.  In the bobbin I used Glide, 10000, in white.  For the matchstick quilting I used Magnifico thread, 2002, Blackout and 2001, Ghost White.  The wadding is Warm and White by The Warm Company 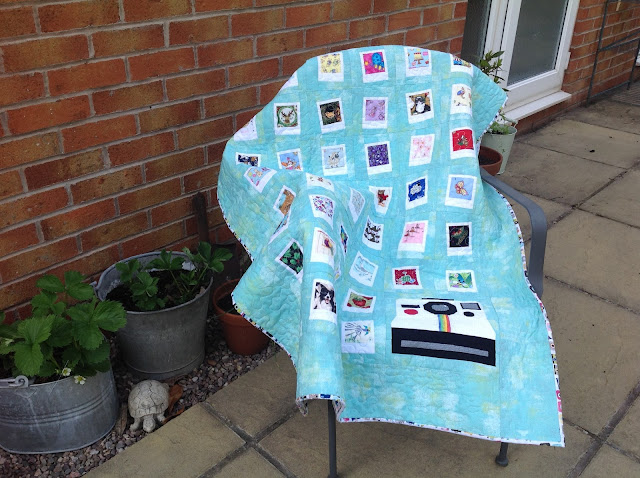 I have just realised that this is actually my first quilt finish for the year, apart from some mini quilts.  It won't be my last because today I have been quilting my oldest WIP which has bought back a lot of memories.  But that's another post all together!

Have a great weekend! x