Our Queen Bee in Hive 5 of the Stash Bee asked for improv/modern/wonky blocks in the following colour palette: 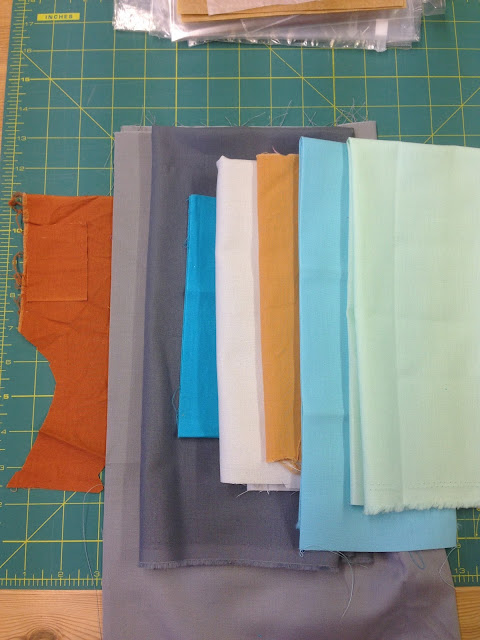 She pointed us in the direction of 42 Quilts; Modern Monday and I was away!  This was based on Block 2 Log Cabin and actually does resemble it! 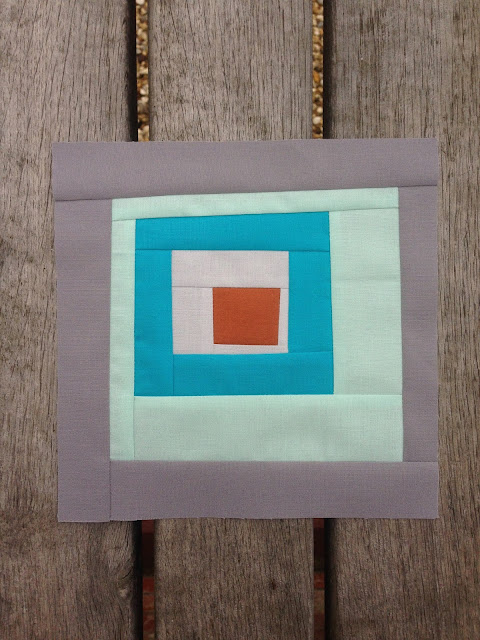 This was based on Block 54 Tumbler and doesn't really resemble it!  But that's what I love you can start with one idea in your head and finish somewhere else completely and it's not 'wrong'!  There are no wrongs and rights and I have found this very liberating. 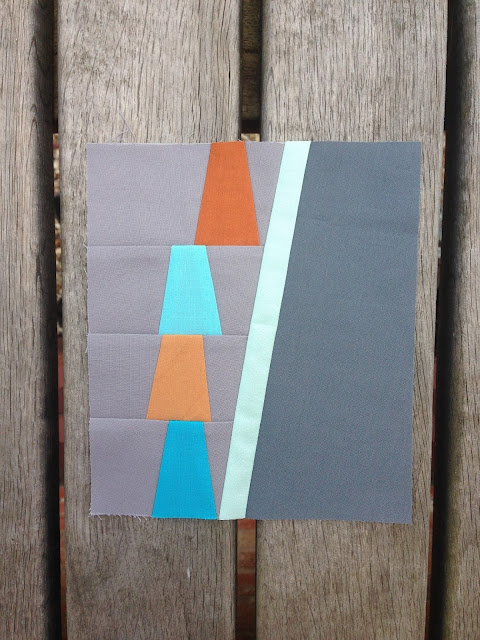 Then a wonky 9 patch based on Block 13 and Block 26 Cross.  It was interesting because the 9 patch was the hardest do .... it just felt wrong not to cut with a ruler and I found myself  trying to match up the seams! 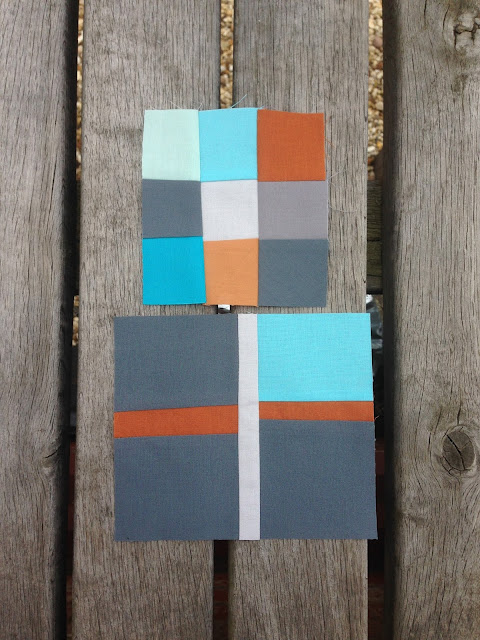 Then came the real improv .... whilst trimming the other blocks there were little bits cut off them.  Yes, they were little but they could still be used so the following block was born!  I love it. 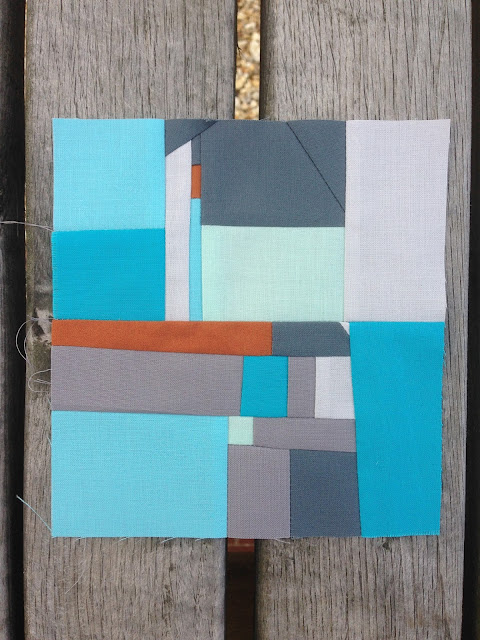 I love that the waste I created making the other blocks was all used in this block - genius.  Obviously some of you have long known the joys and benefits of improv piecing but this is all new to me ....... and I have to say that there is now another quilt added to my never ending to do list! 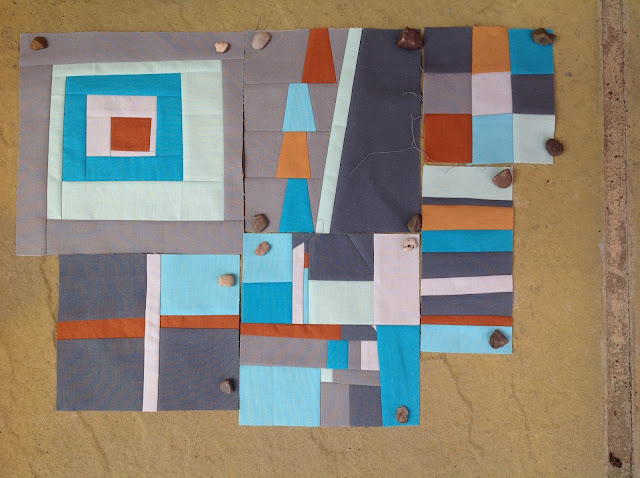 I have to say, initially I found the rust and tan addition a little unnerving but I came around to it and really like the way it looks in these blocks.  In fact I found that I wanted to keep this little selection of blocks to myself but I have now sent them winging their way to the States.  Be prepared to see more improv on here ... I would like to say soon but I have rather a back log of unfinished business to attend to!!
at August 08, 2016