Up today is No 13 from my 2017 FAL Q1 list!  Back in September last year, I took part in the Cloud 9 New Block blog hop and, before making the block in the gorgeous Cirrus solids, I made a few sample blocks.  This was one of them. 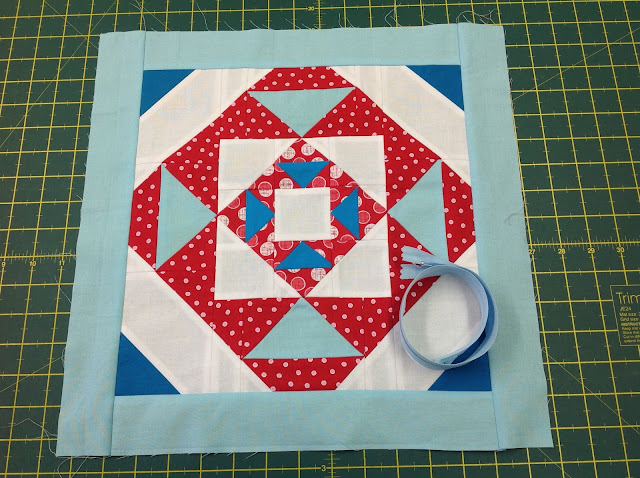 This block is not actually the foundation paper pieced block that I finally did for the Blog Hop, but a rotary cut and pieced block.  I know that some people don't like paper piecing and so I was trying out an alternative to it.  Whilst it works OK, I wasn't happy with some of the sections and so plumped for the paper pieced version.

I had already quilted one of these to become a wall hanging for a swap at my local quilt club and so I knew how I wanted to quilt this one - just the same!  Even so it can be daunting when it's all loaded up and you haven't made that first stitch yet .... 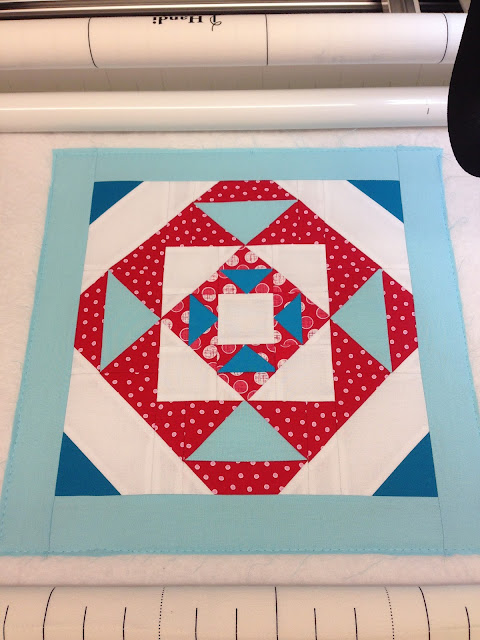 I straight line quilted two quadrants with a gradual increase in the space between the lines and then free motioned quilted with a paisley motif in the other two quadrants.  I used Glide thread in light turquoise which I really like. 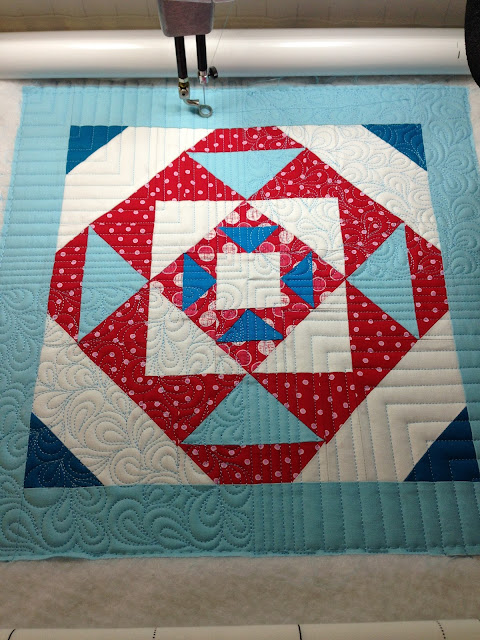 I decided against a traditional binding for this and went instead with a facing.  I followed Victoria's tutorial again, and it worked well.  This finishes at 14".  The fabrics used were Kona white, Bahama blue and cyan and then the reds were FQs I had picked up at a show so not sure what they are. 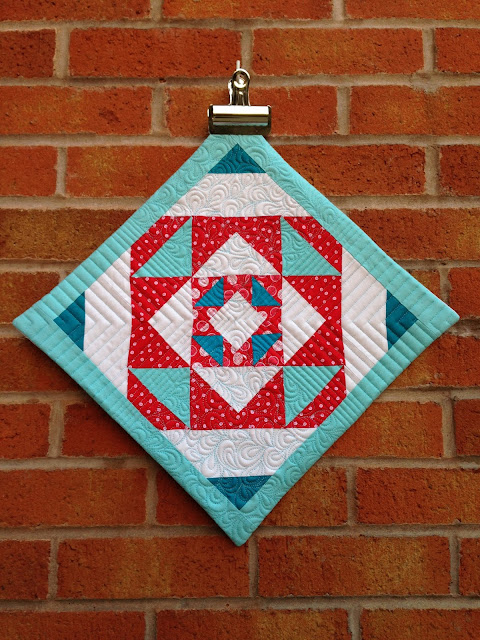 I like the abrupt change between the geometric straight lines and the swirls of the paisley design .... 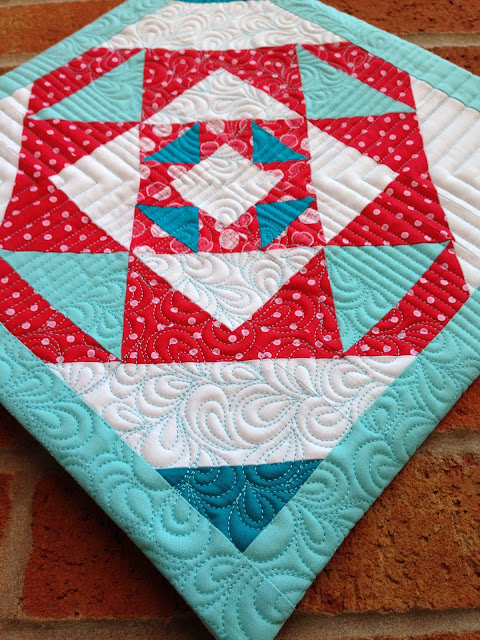 and another, just because I can and I love this design!!

I am going to be linking up with Lorna over at Let's Bee Social. x