Continuing the introductions of the 2017 Finish-A-Long global hosts this month we have  Sandra from Studio Sew of Course.  Whilst not a host, she is keeping everything going on the social front and is the Social Media Director.   (If you want to see who has gone before then there was Nicky from Mrs Sew and Sow in January, Jess from Elven Garden Quilts in February, me in March and Ella from Throw a Wench in the Works in April).  Without further ado .....


The 2017 Finishalong has a global team of hosts, and one by one they are introducing themselves in the "Meet the Host" posts throughout the year. Now I am NOT a Finishalong host, but I have the honour (!) of being the person behind the Finishalong Instagram and Facebook accounts (Social Media Director). And in that role I have been asked to introduce myself, too. 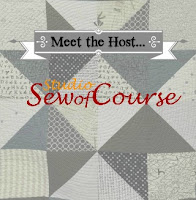 If you are here for the first time, you are very welcome!

I was born and raised in The Netherlands. And before you think, "tulips, clogs, and windmills" that is not quite how it is living there. I never lived in a windmill, for one, though I lived in many places!

However, I did cycle every day to school at the other end of town - yes, everyone does cycle in The Netherlands! As a student I even went on a cycling/camping holiday to England with friends. 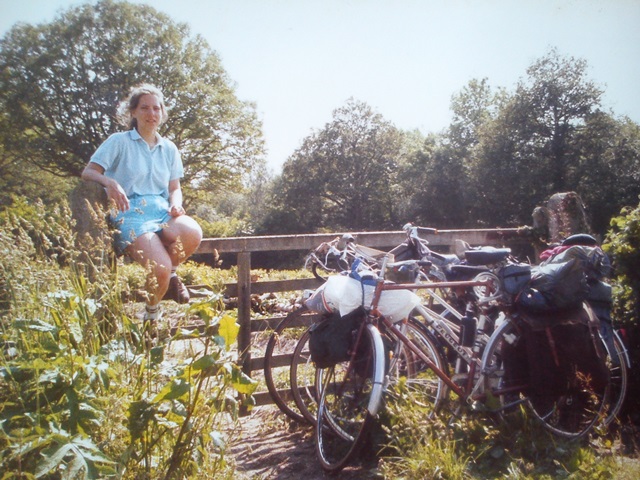 And I did not wear clogs... until I started doing a lot of gardening in our first proper "adult" house in Kent (UK). They do take some getting used to, but are perfectly warm and dry, and so easy to slip in and out of! 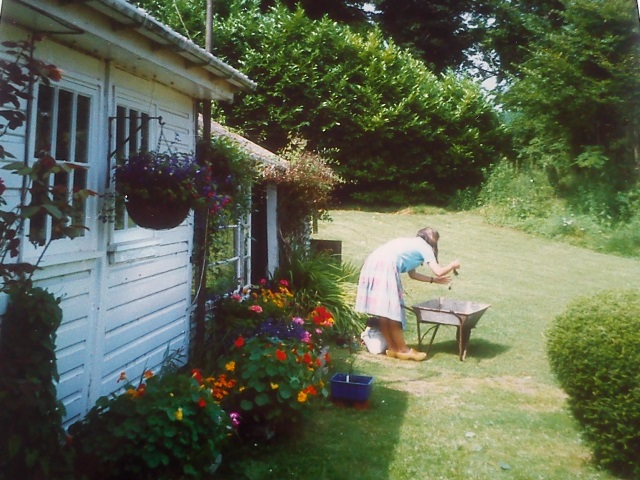 I also LOVE cheese, any cheese! And nowhere can you find such a wide selection of cheese as in The Netherlands, I think.


I studied at the Agricultural University in Wageningen, and thoroughly enjoyed living in this small university town. I spent a half year doing my internship in New Zealand, and eventually ended up with a MSc degree, and a future husband just months before he finished his studies and left to do a PhD abroad.

And so started my international life... Following my heart, and his work opportunities, we lived in many countries for relatively short periods of time. From three months to five years in one place, we lived in many different countries, in between coming back in The Netherlands for a while as well. And now we have ended up in Ireland, and have lived in this house longer than anywhere I have ever lived...


Growing up, I was often crafting, learning crochet and dress making from my mother, knitting from a neighbour, and many other crafts from magazines and books.

In England I came across my first patchwork quilt, and from then on I needed to learn how to make them. Beginner's classes started me of with drafting blocks, making templates and hand sewing (no rulers and rotary cutters at first!), followed by more classes, workshops, books and magazines, always wanting to learn more. A visit to a quilt exhibition has me peering closely at the way certain effects have been achieved, even now, so many years later. I just LOVE to learn new things! 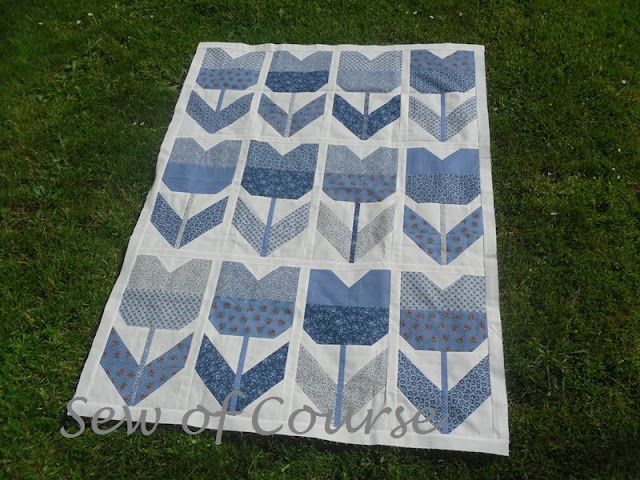 Moving so often, quilt making also gave me an opportunity to find new people and make friends wherever I went. In some places it took a while to find out about them, but always I did find some group or other of friendly and welcoming quilters. And soon enough I was teaching quilt making, too. 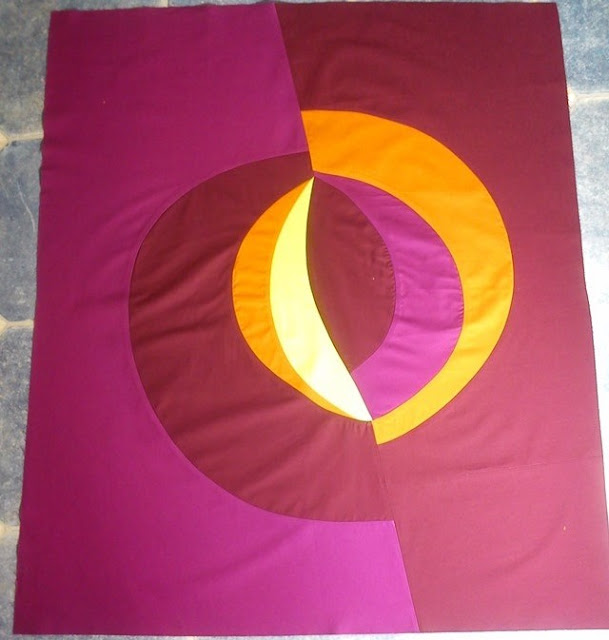 Then in 2012, I started a City & Guilds Level 3 Certificate course, and as part of that we set up a (private) blog to share notes and work between us students. Which led me to start reading blogs, and starting my own blog soon after. Since I have a compulsion to stitch and sew (I sew, of course!), and fill the blog with my creative works, its inspiration and anything that takes my fancy, I named it Studio Sew of Course, and followed by being "sewofcourse" for all social media. I am very active especially on Instagram, but can be found elsewhere as well if you are so inclined.

Of course, I learned so much again in the course! The range of techniques covered in City & Guilds is enormous, and the design process poses challenges of its own. The course includes many, many samples and small projects, as well as five main items to be made, see my City & Guilds page for some of it.

Since the course my way of quilt making has changed, too. I have always been easily tempted to try something new, but now I'd try anything. And of course I made the most wonderful friends!! 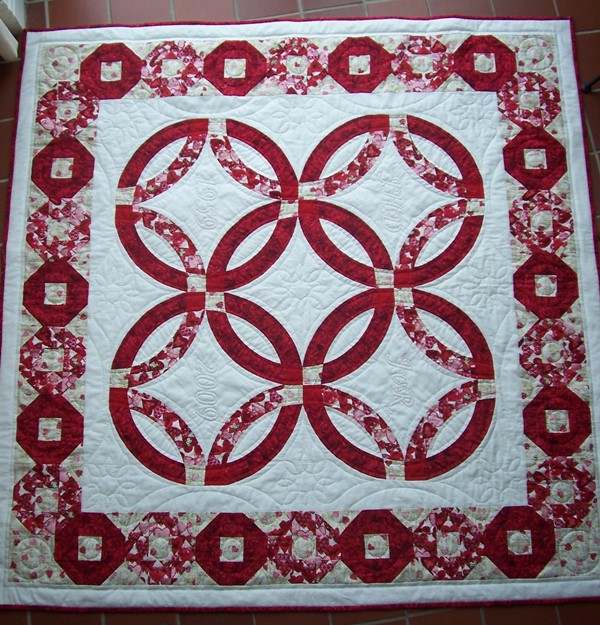 In all those years I mainly hand quilted my quilts, not having a lot of confidence to use my domestic machine for quilting. This has led to a rather large number of half-quilted quilts, and unquilted quilt tops! Then I discovered the Finishalong a couple of years ago, and joining in has helped me to reduce the number of WIPs to a more acceptable amount. I also got a lot of practice in machine quilting as part of the City & Guilds course, so my confidence has grown somewhat. Now I have to just put it into practice some more... and remember to quilt with a less stops and starts - I hate tying in a million threads! I may be finishing some of my projects a bit quicker. 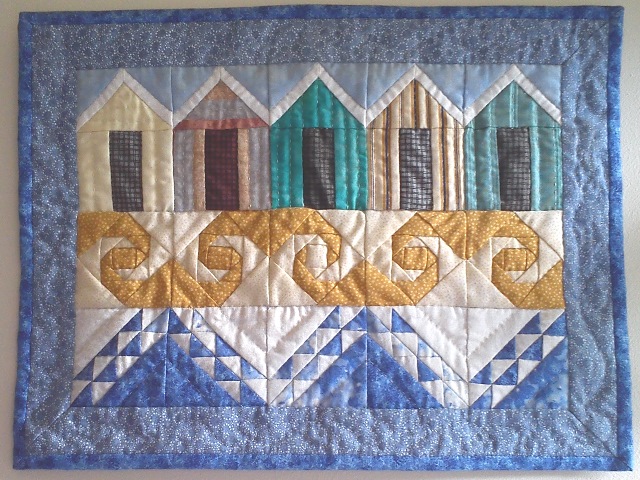 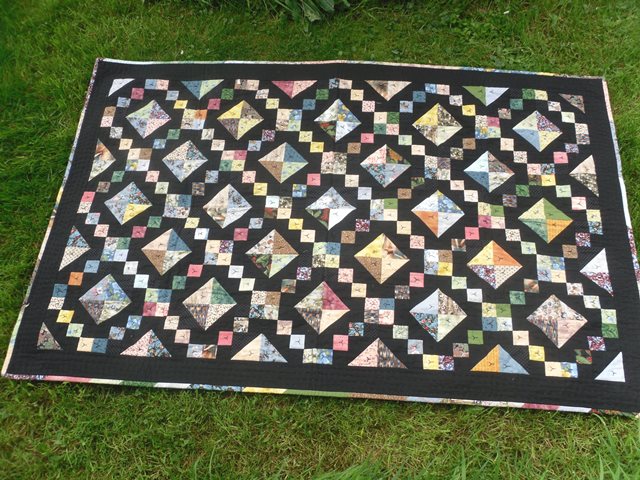 My current Finishalong list contains some rather varied projects, and is not in danger of being finished very soon. Besides, there are more projects in the house that haven't even made it on the list (yet). I can see my list grow longer before it will get any smaller!

I still teach a weekly quilt group in our local library, and we hold a yearly exhibition of our work there, too.

I am also working on another pattern or two (my few available patterns can be found on the Patterns page), I have plans to improve and extend the blog/website, and ideas for several quilts are being turned over in my head...

Besides that, I have a part-time job, and we have three boys, and a large (and rather unconventional) garden: 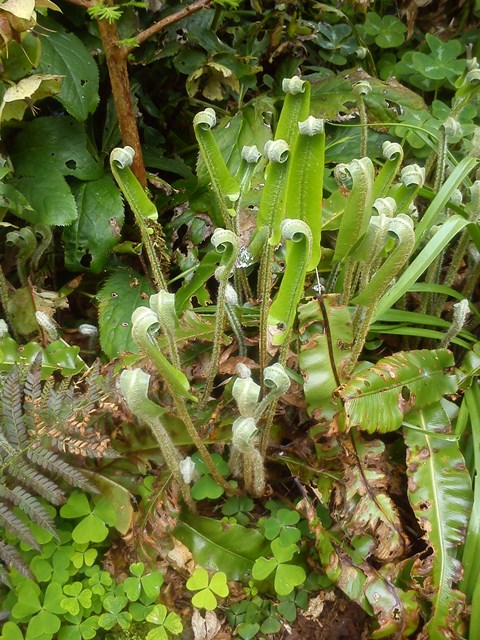 And I love going on walks and taking photographs: 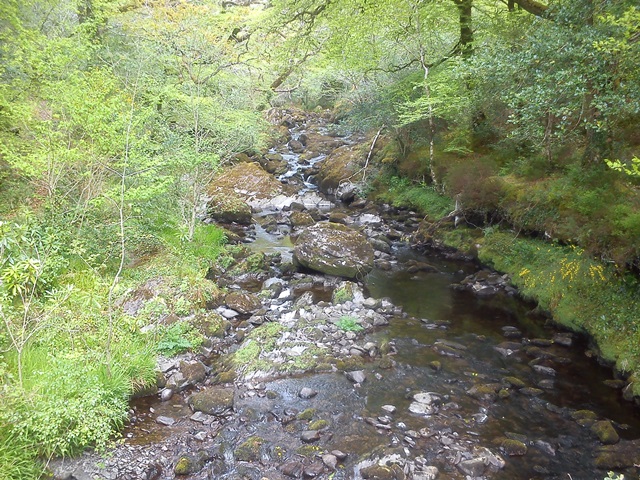 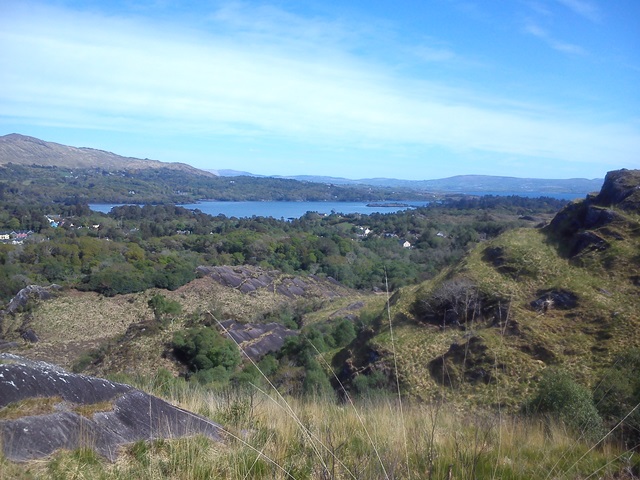 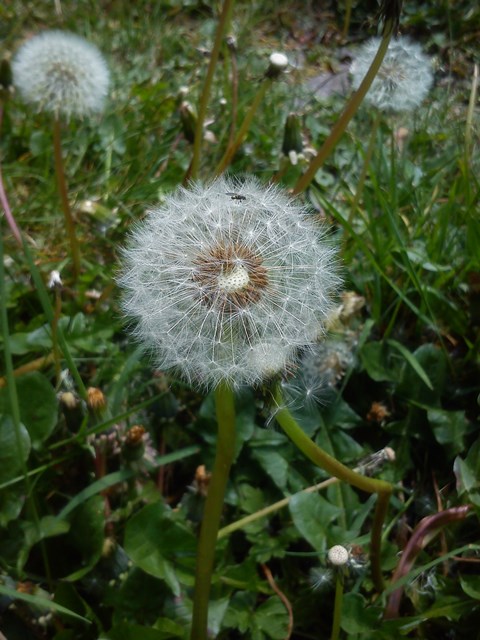 One thing is for sure: I won't be bored for a long time yet!!