in fact two!
One of the items on my 2016 FAL list was a pair of pyjamas for my youngest daughter.  She had picked out the fabric months ago (she wanted it to match mine which are made from a vintage sheet in white and mint green stripes) and I had taken measurements to draft the pattern months ago.  Needless to say, new measurements had to be taken and I drafted the pattern from this book, Metric Pattern Cutting for Children's Wear and Babywear, by Winifred Aldrich. 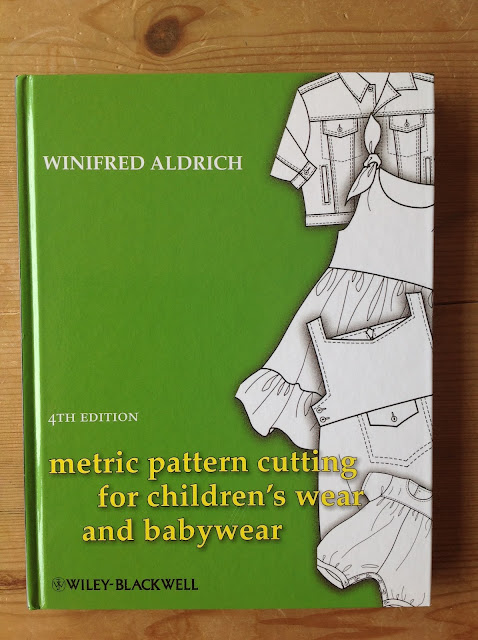 I chose the 'flat' one-piece trouser block and opted for an easy fit because they were going to be for pyjamas.  I haven't done any pattern drafting for a long time so was really pleased that I was able to do this one evening after the girls were in bed.  Oh and having varifocals/progressive glasses makes a HUGE difference - I could actually see what I was doing!! 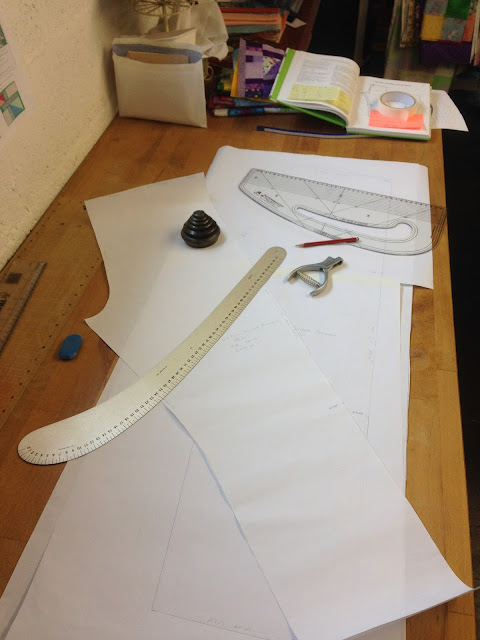 I did think after drafting the pattern that they seemed really big and even went so far as to recheck all the calculations I had used for drafting and then I found my PJ pattern piece and compared them.  When they were made up I realise I should have listened to my gut instinct and changed them.  Oh my goodness they were terrible ...... my daughter got it right when she said she felt like a clown.  I now realise I should have taken some photos of them at this stage but I was so disheartened I didn't!
With a bit of judicious cutting and sewing here and there I have made them wearable.  The back fits OK but was a bit low in the crotch once I had rejigged the front. 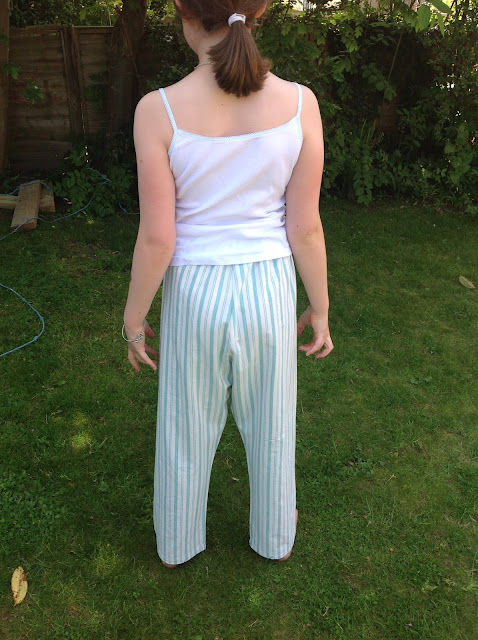 As you can see there is loads of spare fabric in the front - and I took out a lot more! 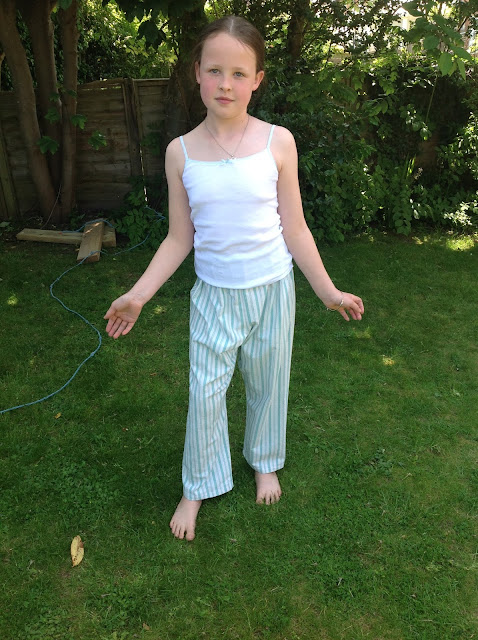 However, at this point she was happy and told me to stop fiddling! 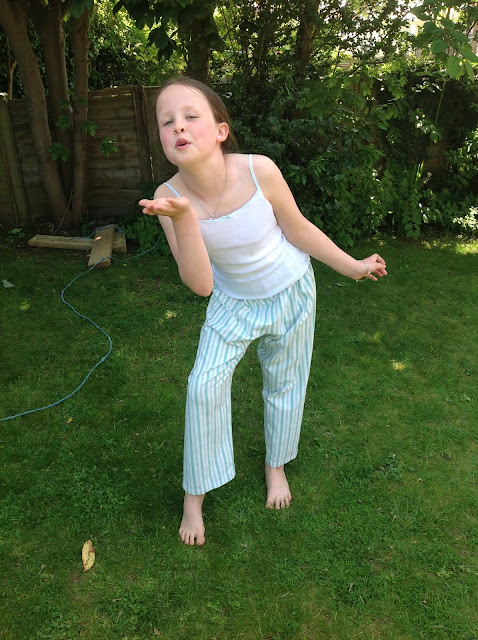 When I first starting making trousers for me I used to have to look inside them each time I put them on to check which was the back.  It wasn't until some time later that I realised I could just mark the back with something!  I do this every time now and for these trousers I had the perfect little scrap of vintage ribbon ....﻿ 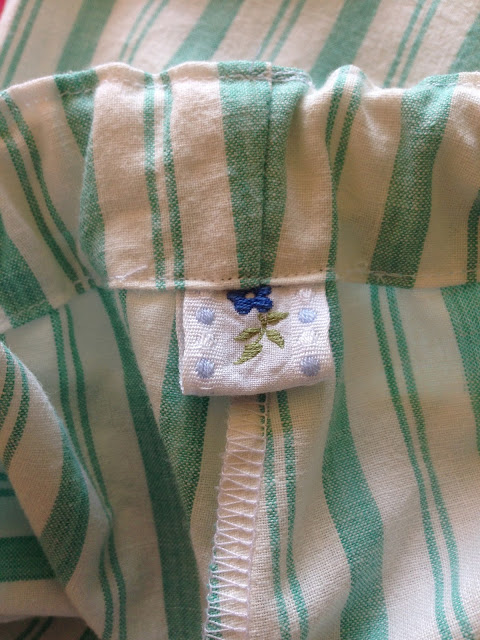 I wasn't particularly happy with them, but I guess the proof of the pudding is in the wearing and my daughter has worn them every night since I made them!  So another tick of my list - hooray!!  However ...... the story does not end there ....
I really want a good pattern for easy fit trousers because in reality they only take half an hour to sew if everything fits.  So I revised the block to the standard fit and took new patterns from it. 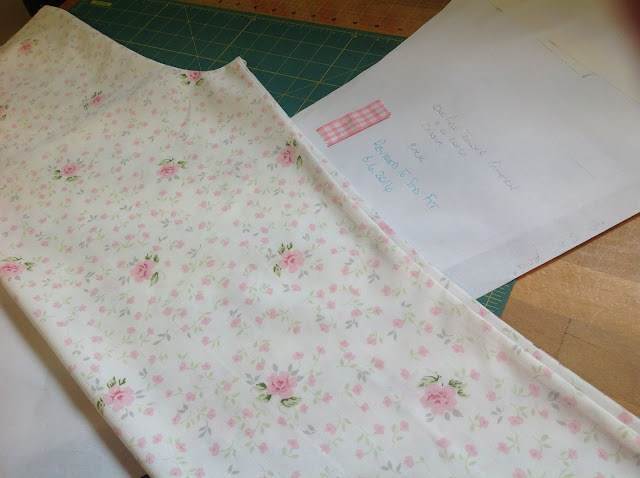 New material was chosen, another vintage sheet from my shelf, and I set to on making another pair.  These were a much better fit - thank goodness! 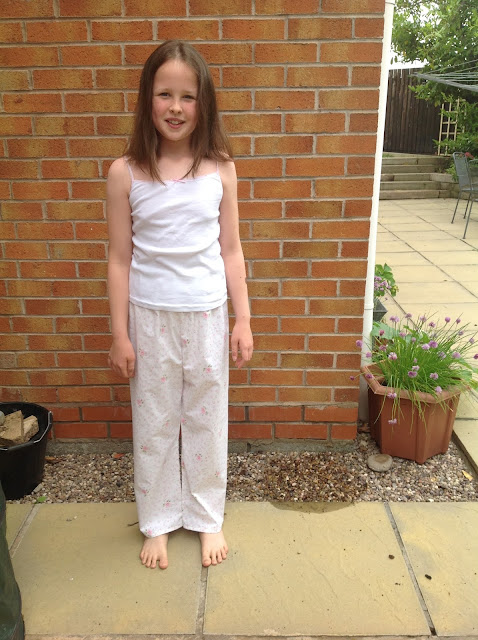 There is still a little extra fabric in the front but the back fits perfectly .... 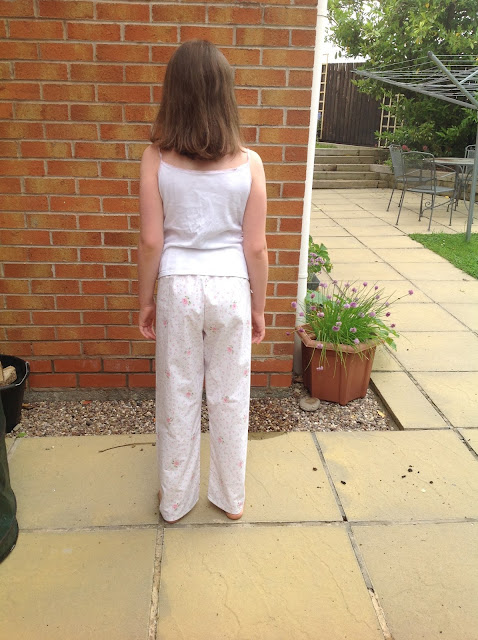 I don't have enough knowledge to know how to pull in the front without distorting the back .......if anyone knows how then please shout up!  They were finished just in time because her stripy ones had to go in the wash yesterday so she had these to replace them!  There's something very special about seeing your children in mama made clothes.  I think I may have a little longer with this one - the eldest has been out of them for almost 2 years now :( x

I am linking up for the first time to to Needle & Thread Thursday over at My Quilt Infatuation.
at June 13, 2016