My local quilt club has a show on this weekend and they issued a challenge to their members, to be hung en masse at the show. The title of the challenge was Shakespeare and could be interpreted however we liked, the only restriction was that no side of the quilt should be more than 16".

I had loads of ideas over the weeks since the challenge was issued but, as is always the way sometimes, I only got round to physically doing anything this last weekend.  Whilst I still liked some of my initial ideas they were not going to be able to be completed in time (like a mini quilt of Shakespeare's birthplace!) so I went with stars ........... Do you know the play this could relate to? 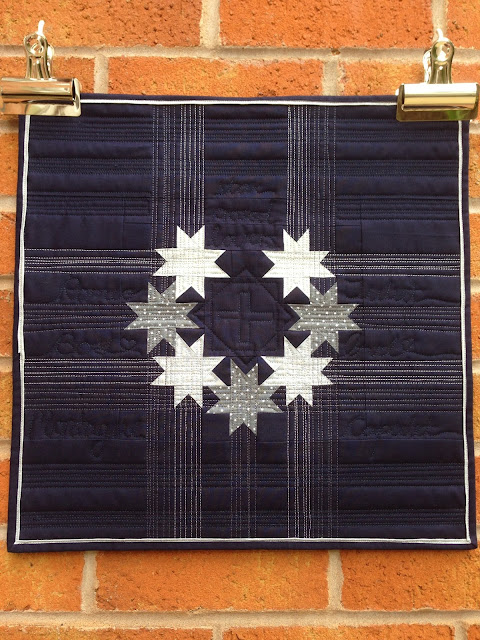 If you can read the quilted words you will see that it is Romeo & Juliet:

"Two households, both alike in dignity
In fair Verona, where we lay our scene
From ancient grudge break to new mutiny
Where civil blood makes civil hands unclean.
From forth the fatal loins of these two foes
A pair of star-cross'd lovers take their life
Whose misadventured piteous overthrows
Do with their death bury their parents' strife." 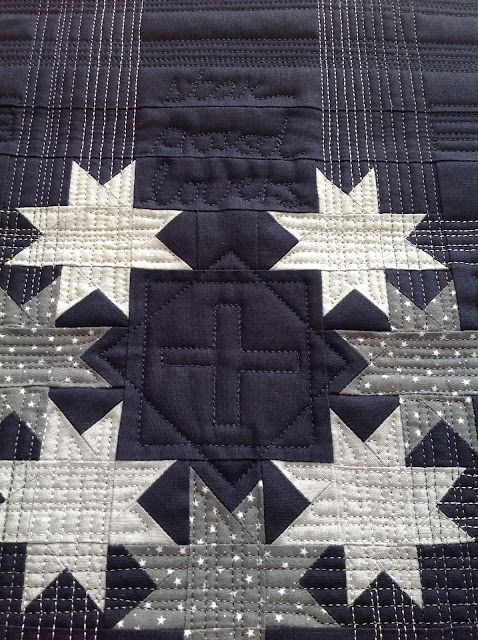 The background fabric is a navy cotton which I bought for my flag quilt, but I can't remember the brand. The stars were from 3 greys/silvers I had in my stash.  The batting was some leftovers joined together!  So all in all this is from my stash. 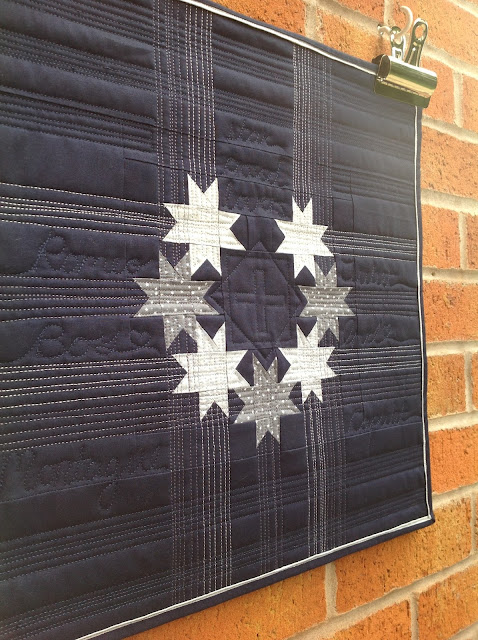 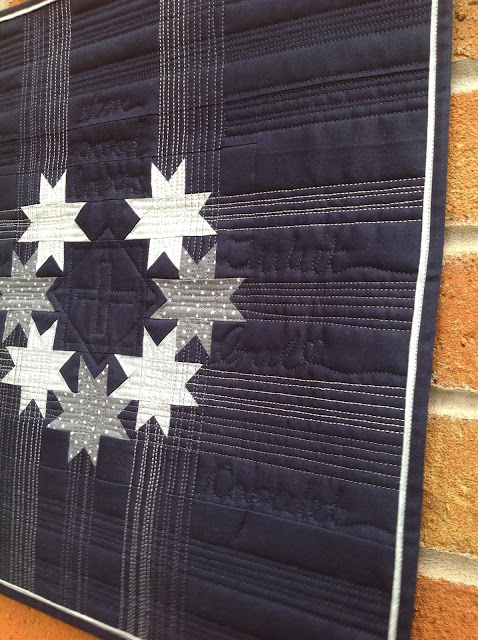 I love the look of flange bindings but have never tried one before.  I thought this quilt would be perfect with a flash of silver on the edges before the navy binding comes in.  I used a tutorial from Lorna over at Sew Fresh Quilts  and it worked like a dream!  The only changes I made were the width of the fabric strips.  I like narrow bindings and always cut my binding fabric at 2", so for this technique I cut the navy fabric at 1 1/8" and the silvery fabric at 1 3/8".  This gave me a finished width of 2" once they were sewn together with a 1/4" seam. 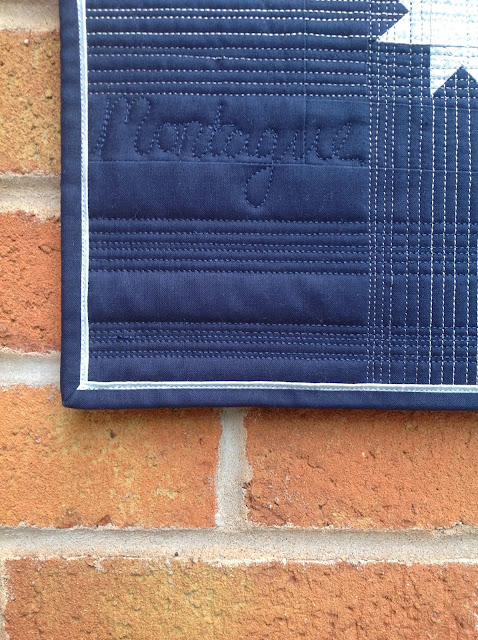 I also did a mitred join for the binding which is a new technique for me.  I did not match the two colours that well on the join but I guess this will come with practice.  Although looking at the top picture it's really annoying me so I may well unpick and restitch!

EDITED 29/06/2016:  Of course I was going to unpick and restitch - head over here if you want to see the final finished version!

This also counts as a completed finish from my 2016 FAL list - OK so I thought I would do it in rainbow colours and white background but this was the layout I wanted to try with stars after I made this mini quilt for a swap.

I am also linking up with Quilt Story for the first time in their Fabric Tuesday link up.