So having stated on Tuesday that I don't usually like what I come away with from workshops, see the post here if you fancy, this I do like.  In fact I like it very much!!

On the last weekend of January I took a workshop with a local quilt club member who was showing us how to confetti quilt, I blogged about it here where you can see progress shots.  It sat at that precarious stage for over a week before I realised I had to get quilting!  I placed a sheet of Solvy over the swan which was to ensure all the little bits didn't get snagged in the foot.

I free motion quilted the swan on my domestic machine which was certainly a learning curve.  I have not done much more than straight line quilting on my DSM and so it was good to learn a new technique and one I felt I improved at from the beginning of the swan to the end.  At that stage I trimmed the Solvy around the edges and put her aside whilst I decided how to quilt the background. 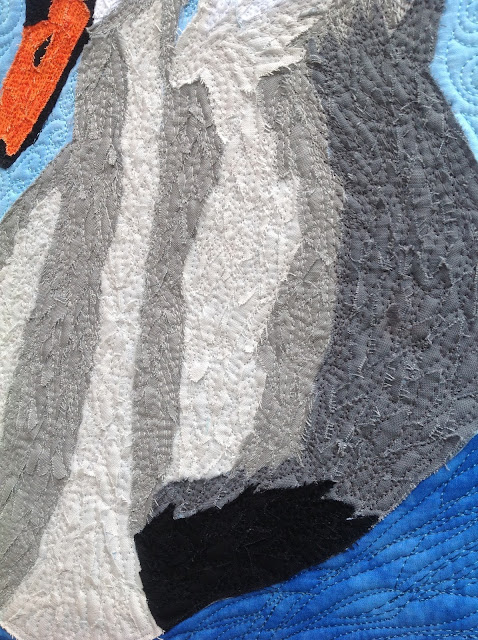 I then decided that I wanted to quilt the background on my longarm machine and it was easy to load it up on the frame even thought there was already quilting done.  I have got to the stage where loading a quilt is second nature to me and for that I am really thankful because it makes things go much quicker and smoother.

The sky got a swirly pattern across it .... 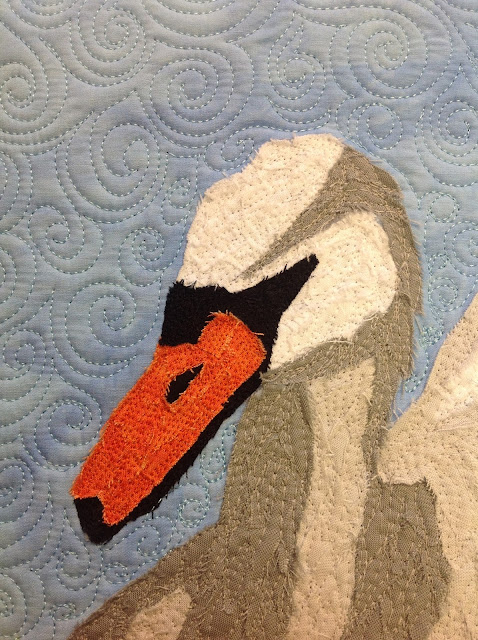 and the water got waves!!  I was really happy with how this quilting turned out and the texture it gave the water. 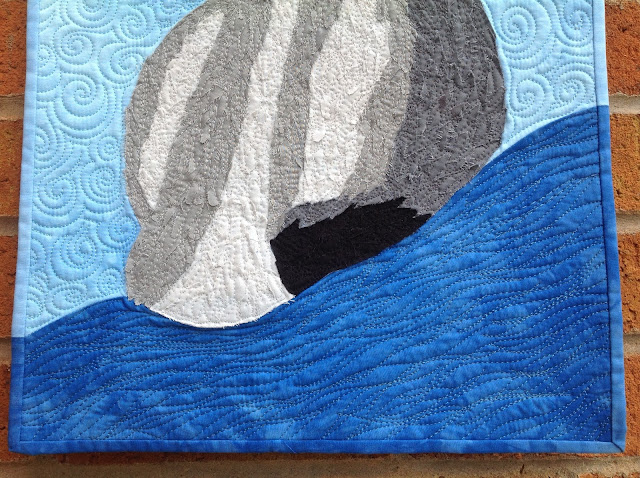 She then needed to get wet - as a swan does!  The Solvy dissolved easily and then I rinsed it with the shower hose.  Having never done this before I think I may have been a little heavy handed.  There is considerable fraying on the pieces which in one way adds to the feather texture but also makes it look a little bit messy! 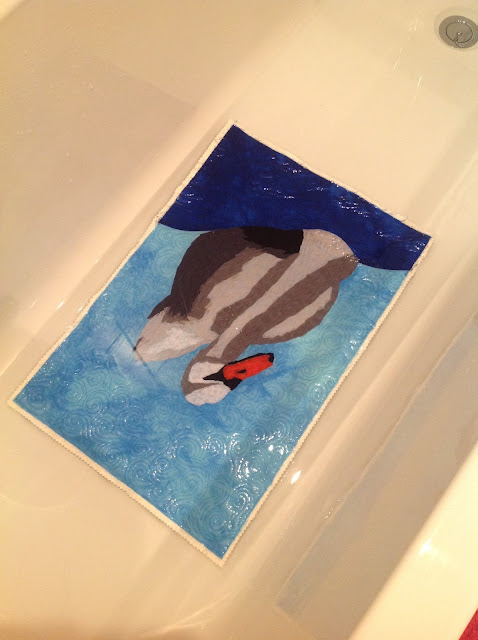 I had thought I was going to do a facing for the edges but then I decided to try something new and learn how to do a two coloured binding, with the change of colour at a specific point.  The seam ripper was used a couple of times but third time lucky the binding colour change matched up with the quilt colour change.  It did involve more stopping and starting and joining than a one colour binding but I definitely think it was worth the extra effort and time. 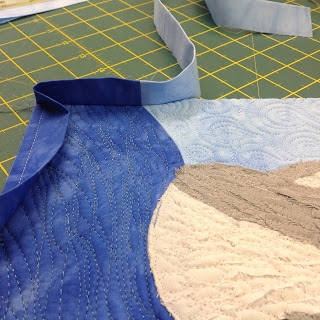 Would you like to see the swan's backside?  Well here it is.  I like it.  I didn't change the bobbin colour when I changed the top thread for the different shades of feathers on the front and now I wish I had because I think it's quite a beautiful piece from the back. 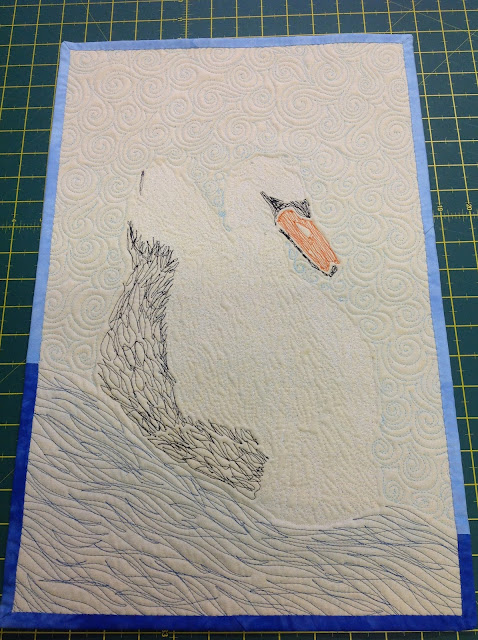 And for any of you who are still here - ta da!!!!  In all her glory and a rare moment of decent weather to get outside.  Initially I didn't know whether this technique was for me, but I do love the result and have some New Zealand birds in my head that would look fantastic created with this technique.  Watch this space to see if they take flight! 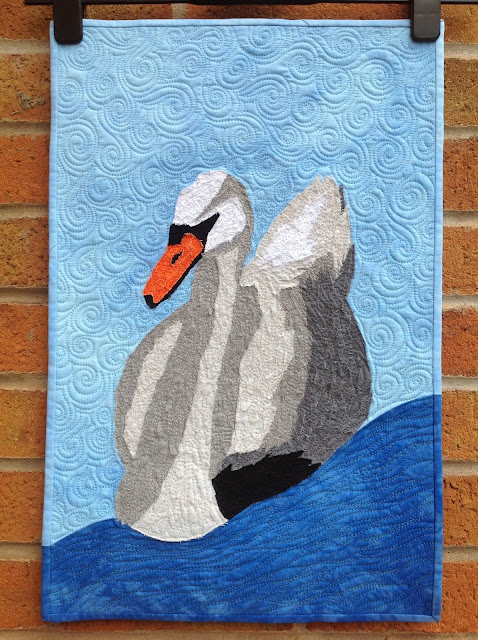 This wasn't an item on my 2017 FAL Q1 list - gasp - it feels so good to start and finish a project within a month.

Linking up with Crazy Mom Quilts for Finish It Up Friday.